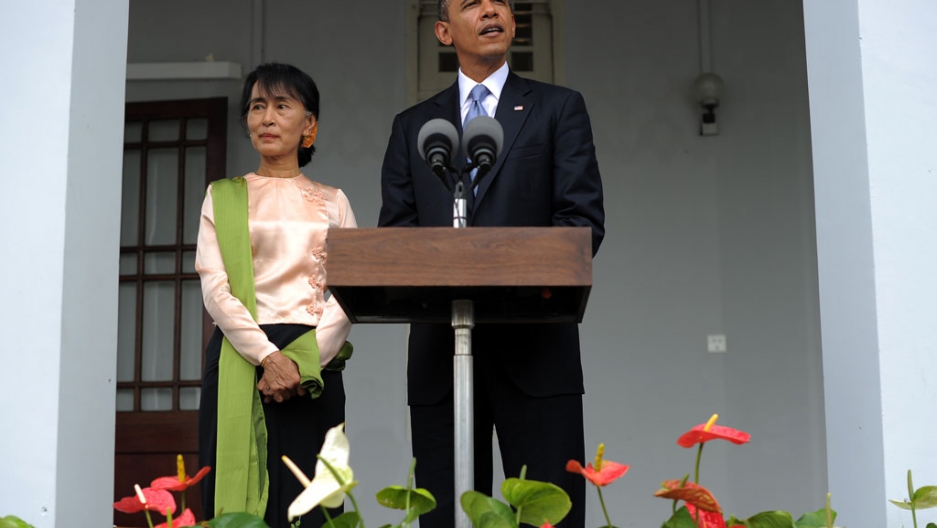 NEW YORK — President Barack Obama’s trip to Myanmar this week is the first by a sitting US president. Human rights groups say the trip was premature and that it is too early in Myanmar’s reform process to grant President Thein Sein the benefits of a US presidential visit.

For sure, more work is needed to consolidate peace and progress in Myanmar. But Obama made the right decision.

A visit from the US president encourages Sein to continue down the path of reform, while validating the Burmese people’s demands for freedom. The visit also underscores a central feature of the Obama administration’s foreign policy: the idea that engagement is critical to encouraging a more open and democratic system.

Before Sein’s stunning pivot to the West, Burmese suffered decades of dictatorship. General Ne Win seized power in 1962, establishing a military junta that brutally suppressed dissent and wielded absolute power in the face of international condemnation and sanctions. The 2008 constitution entrenched the military’s power, reserving a quarter of seats in both parliamentary chambers for the military and requiring that generals head the key ministries of interior, defense, and border affairs.

In addition, Myanmar has been at war with armed ethnic groups for nearly 60 years. The 1947 Panglong Treaty established the “full autonomy in internal administration” of the country’s “Frontier Areas.” General Aung San, a pro-independence hero and signatory to the agreement, was assassinated and the treaty languished.

Aung San’s daughter, Aung San Suu Kyi, entered politics in 1988. Her National League for Democracy (NLD) swept the 1990 election. However, the junta cancelled the tally, jailed Suu Kyi’s followers, and placed her under house arrest for 15 years. Civil discontent erupted again in 2007. Suu Kyi was barred from elections in 2010, which were boycotted by the NLD. Thein Sein, who served as a general and prime minister under the junta, became president in March 2011. He initiated a gradual process of reform, which gained momentum and culminated in the dramatic democratic advances that are sweeping Myanmar today.

On September 19, 2012, Secretary of State Hillary Clinton announced that the US would withdraw sanctions on Myanmar. After 22 years, the Obama administration upgraded relations appointing a fine diplomat, Derek Mitchell, as US Ambassador to Myanmar. The US Agency for International Development (USAID) is launching in-country operations with $170 million in projects over the next two years.

The Obama administration is not blind to the risk of backsliding. Nor is it Panglossian about Myanmar’s serious problems, which will take time to address.

More from GlobalPost: Is President Obama's visit to Myanmar premature?

Poverty is widespread, despite the country’s vast forest and mineral resources. Myanmar recently adopted a new law on Foreign Direct Investment (FDI), in an effort to kick-start the economy and boost employment. But the bureaucracy is resisting economic reforms, with corruption deeply entrenched the local level.

Peace is fragile. In late 2011, ceasefire agreements were signed with prominent ethnic groups (e.g. Karen, Shan, Chin, Wa, Mon, and Mongla). However, none of these cease-fire agreements has resulted in a permanent peace agreement. The government and armed ethnic groups have not started negotiating the details of federal and other power-sharing arrangements.

More than 500,000 people have been displaced by ethnic conflict. About 200,000 Karen refugees are still in limbo on the Thai-Burma border. While the international community supports dignified return, security and political conditions do not yet exist for their repatriation.

Sectarian strife is on the rise. In Rakhine state, hundreds of Muslim Rohingya have died and more than one hundred thousand displaced in violent conflict with Buddhists. Myanmar’s 800,000 Muslim Rohingya have their historic roots in West Bengal. They are denied citizenship in Myanmar and rejected by Bangladesh.

The government committed to a process for reviewing the status of all outstanding political prisoners. It also pledged to redouble peace-making efforts with the Kachin, an armed ethnic group that demands political concessions before signing a cease-fire agreement.

Myanmar’s political leaders deserve high praise for their progress, but more must be done. Constitutional reforms are needed to allow nationwide contestation by the NLD in Myanmar’s 2015 parliamentary elections. While peace with the Kachin is pivotal, so is transitioning from cease-fire agreements to peace treaties with other armed ethnic groups.

The US can contribute to a “peace dividend” aimed at disarming, demobilizing and reintegrating ex-combatants. The Peace Donor Support Group and the Myanmar Peace Support Initiative are financed by Norway, other countries, and international financial institutions.

A plan for Rakhine should include humanitarian access, health services, livelihood programs, and a state-wide development plan. Myanmar’s 1982 citizenship law is discriminatory and should be amended.

To fill the gaps, US experts can support the Parliament’s Rule of Law Committee and help draft legislation such as the Higher Education Bill. Training and assistance to an independent media would enhance transparency and accountability.

Engagement is critical to the Obama administration’s strategic pivot towards Asia. In his remarks at Yangon University, President Obama acknowledged that democratization is a process, not an event.

Obama will, however, be judged by what he does not what he says. The US must commit the political and financial resources to help shape events in Myanmar.

David L. Phillips is Director of the Program on Peace-building and Rights at Columbia University’s Institute for the Study of Human Rights.

More from GlobalPost: Obama's visit to Myanmar an exercise in 'soft power'