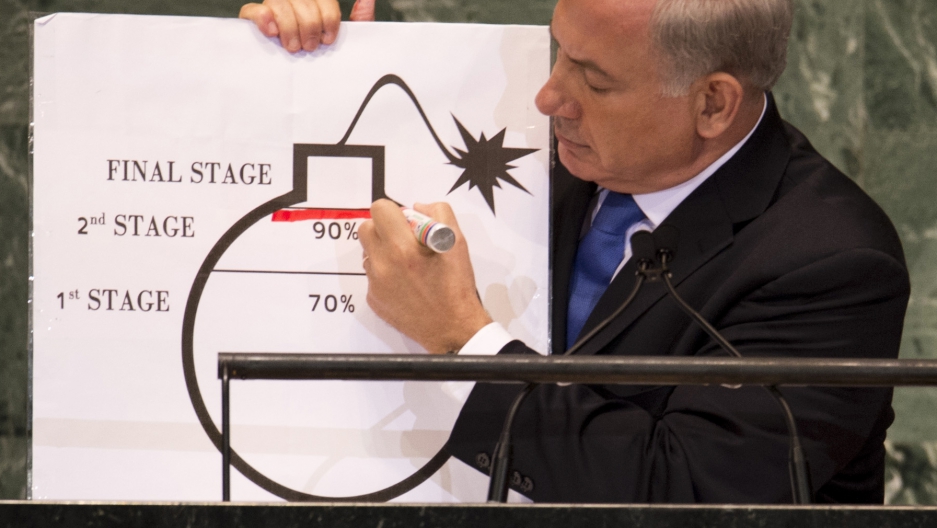 A new IAEA report said that Iran is poised to increase its output of enriched uranium at Fordo.
Credit: Don Emmert
Share

A UN nuclear report said Friday that Iran was set to double the output of enriched uranium at its underground facility.

The Associated Press reported that it had obtained a copy of the UN's International Atomic Energy Agency quarterly report, which said that there were 2,784 centrifuges now in place at the Fordo nuclear facility.

Reuters said the report specifies that half of them are "poised to" be in operation soon.

This is an increase of 43kg since last August, said the report, which has not been put into civilian use.

That number is dangerously close to what Israel has deemed its "red line": 240kg of 20 percent enriched uranium.

It is believed that number is enough to bring Iran close to a point in which it could quickly produce weapons-grade uranium.

The Guardian said that at the current rate, the Israeli red line would be crossed by June.

However, Reuters said that Iran had enriched about 96kg of the uranium to 20 percent of fissile concentration for conversion into fuel for a medical research reactor in Tehran.

This would make it difficult to convert the uranium into bomb-grade.

Western diplomats have hoped that Iran would agree to a deal to trade 20 percent enriched uranium for sanctions relief.

The six major powers will meet next week to form a common negotiating strategy for the next round of possible multilateral talks.

President Obama has said that his administration will push for more talks with Iran, reported UPI.