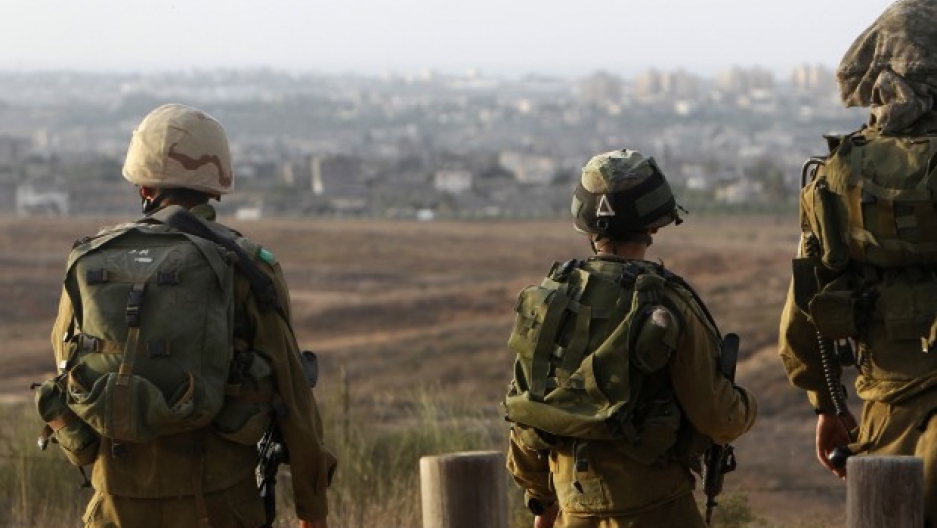 Israeli soldiers patrol near the border with the Gaza Strip November 16, 2012. Israeli tanks and troops massed outside Gaza and the military said on Friday it was calling up 16,000 reservists, signs of a possible imminent invasion of the Palestinian enclave after 48 hours of air strikes. REUTERS/Ronen Zvulun (ISRAEL - Tags: POLITICS CIVIL UNREST MILITARY)

Share
The battle being waged between Hamas and Israeli forces is also being fought online. Both sides have been using Twitter to convey their political messages. Anchor Aaron Schachter speaks with Orit Perlov with the Institute for National Security Studies in Israel about this so-called Twitter war.