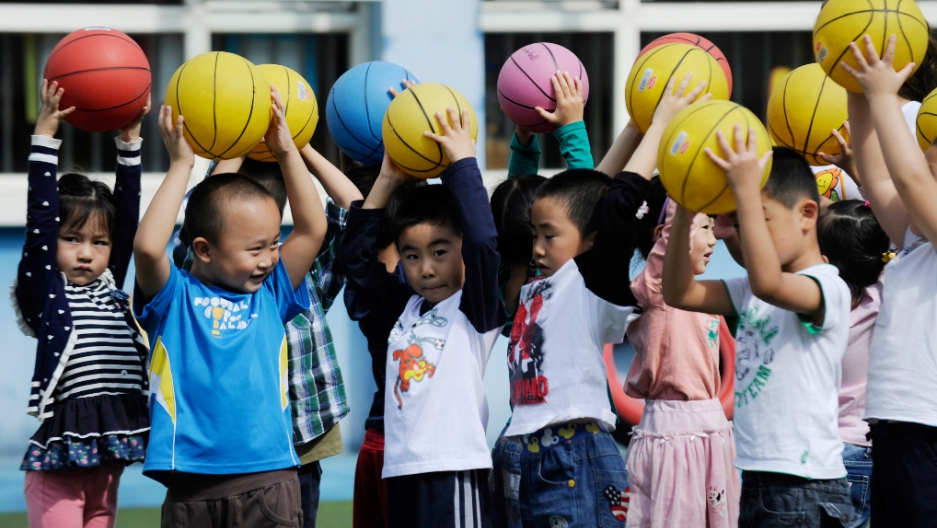 Children playing at a kindergarten in Beijing. As China enters a new political decade new social reforms are up for debate, such as the elimination of the controversial one-child policy.
Credit: Wang Zhao
Share

China has wrapped up the 18th Congress and media everywhere has been shouting out that an extremely conservative batch of leaders have taken the helm and that big political and economic reforms are not likely anytime soon.

But Bank of America's Ting Lu writes that abolishing the controversial one-child policy is top on the reform agenda.

For a long time now, activists and think tanks have been calling for the abolition of the policy launched in 1979 to control China's burgeoning population.

When the policy was first implemented, the government released a statement that said in 30 years controlling the population might not be such a big issue and that a different policy could be adopted.

Moreover, the policy kicked off a whole host of problems. The preference for a male child in Chinese society, like many South Asian countries, exacerbated female infanticide/feticide problems and has skewed the sex ratio, with there being 117 men for every 100 women.

It is also blamed for China's labor shortage, its increasing age dependency ratio and is a risk to economic growth and is set to impose a larger tax burden on its working population.

Ting writes that this change however will be gradual:

In the short term, we expect the reform is likely to have a quite small impact on China’s population growth. In the medium to long term, China’s TFR [total fertility rate] may rise to above 1.5 after two children are allowed for all families if China scraps the birth control policies."

But he writes that China's TFR is unlikely to rise above 2.1 because of the costs associated with raising a child and because the younger generation has grown up used to smaller families and might not want to have more children.

China first started relaxing the policy in 2011, when the the municipal commission of population and family planning rolled back some obscure limits on couples in cities like Beijing. But most want the policy gone for good.