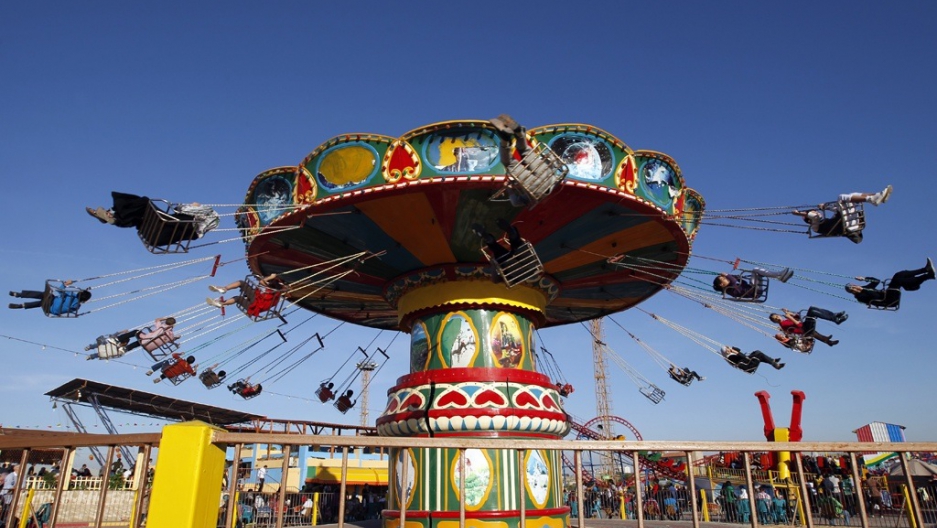 GAZA CITY, Gaza Strip — As Israel unleashes a wave of air strikes and modern firepower against Hamas targets in the Gaza Strip, the fresh military offensive threatens to undo what was an unlikely economic boom taking hold in the war-battered territory.

The combination of a growing construction sector — fostered by raw materials flowing through smuggling tunnels at the Gaza-Egypt border — and eased Israeli economic restrictions beginning in 2010, boosted employment. And it promised to advance the recovery of one of the world’s most stunted economies.

“Everything is OK, life is OK,” said the cheerful 32-year-old manager of a cellphone shop in Gaza’s southern city of Rafah this summer. “Business is going well.”

That all could change as violence between Israel and Hamas escalates again. Militants in Gaza fired more than 100 rockets into southern Israel earlier this week, prompting retaliation by Israel on Wednesday that has killed at least nine Palestinian civilians and the Hamas military chief, Ahmad Jabari.

Hamas and its security apparatus were instrumental in crafting the illicit trade that flows through the makeshift border tunnels, dug out in a bid to subvert the crippling sanctions imposed by Egypt and Israel in 2007. Everything from diapers to steel rods was ferried through the tunnels.

In 2010, Israel relaxed its economic siege following an international outcry over its deadly raid of a Turkish-flagged humanitarian flotilla, allowing Gazans to legally import more consumer goods. Hamas took the opportunity to transform the tunnels, which were previously used for only basic consumer goods, into a government-sanctioned trade route for raw construction materials and cheap Egyptian petrol, fueling the economic boom of 2011 and 2012.

The rapid, subterranean inflow through the tunnels spurred a bustling construction sector that accounted for 27 percent of job growth in the Gaza Strip in 2011, private sector groups say.

The economy improved so much that, according to a September poll released by the Palestinian Center for Policy and Survey Research, just 9 percent of Palestinians believe the blockade on Gaza is the most serious problem facing Palestinian society today.

While thousands of Gazans flocked to the territory’s short but stunning coastline this summer, when relative peace still reigned, the abrupt bang of hammers and whir of power-drills could be heard on almost every corner of the capital, Gaza City.

Sky-scraping apartment complexes, glitzy new shopping malls and extravagant hotel retreats were sprouting up amid the rubble, and unemployment had dropped to 28 percent from a record-high of 45 percent at the height of the blockade.

Devastated by the economic siege, during which 30 percent of Gaza’s businesses closed, the economy grew a staggering 20 percent in 2011, according to the International Monetary Fund.

Per capita gross domestic product also increased by 19 percent in 2011.

“The role the [Hamas] government is playing is a positive one. It facilitated the entrance of construction materials, and allowed them to be delivered at reasonable prices,” Nasser Al Helow, a Gazan business mogul with real estate investments and an import business, said in July.

“This affected unemployment and stimulated other economic sectors,” he said.

Since that initial boom, Egypt closed many of the commercial tunnels in reaction to a deadly militant attack on Egyptian soldiers near the Gaza border. The closures curbed some of the freewheeling economic activity.

Construction imports are now down 45 percent and food imports 30 percent, according to October data released by the Portland Trust, a private sector group in Israel and the Palestinian Territories.

Forty-four percent of Gazan refugees are still reliant on food aid, while 60 percent of households are either food-insecure or vulnerable to food insecurity, according to the United Nations Relief Works Agency.

This poverty is likely to deepen in the wake of the ongoing Israeli military offensive. Gaza is still closed to exports through Israeli crossings, which hampers efforts to build a full-fledged economy free from foreign aid.

But a surplus of raw materials already in Gaza because of the boom, an uptick in trade through the Israeli crossings and the ease with which fuel is transported through the tunnels — in thin hoses requiring little solid infrastructure — means the economy has not yet received a knockout blow, economists say.

In fact, the International Monetary Fund projected in October that Gaza’s economy would grow 7 percent in 2013 and 6.5 percent in 2014, two points higher than the Palestinian West Bank, ruled by Hamas rival Fatah, for both years.

While the new Israeli strikes might hurt this progress, Hamas has established new ways of protecting its economy against the whims of its neighbors.

Even as some tunnels languish under Egypt’s closure, substantial cash injections from oil-rich benefactors in the Gulf are providing hope.

This, and a cluster of other Qatar-funded mega-projects, are expected to generate at least 10,000 jobs here.

Mohsen Khozendar, another prominent businessman with investments in Gaza’s petrol and construction industries, was long an ardent opponent of the tunnel trade.

But now he gives credit for Gaza’s mini-economic boom to Hamas, whose militant leaders and fighters are now under fire from Israeli warplanes aimed at damaging their operational infrastructure.

“They are doing well building society – they have the persistence to build and succeed,” Khozendar said of Hamas. “As an economist, I can certify they have done well. They have managed our crisis phase.”