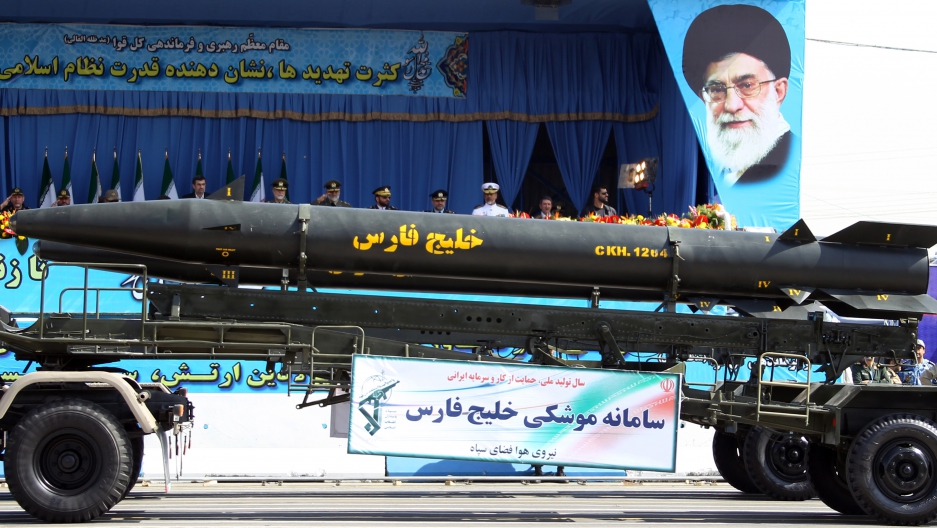 Iran says it's tested a new air defense system modeled after the US Hawk system as well as a hovercraft called "Thunder" that will be able to launch surveillance drones and missiles from the Persian Gulf.

Meanwhile, according to a report on Iranian state media, the US and Israel are "distressed" by the Iranian military's technological progress.

"We are now in such circumstances that the enemies have found out they can't be calm and cool."

Salami pointed to Iran's possession of "drones that are guided and controlled for hundreds of kilometers away" as apparent cause for concern, adding that Iran could "hit any point that it wants" with its hi-tech missiles.

ABC News reported that Iran had unveiled an amphibious hovercraft, dubbed "Tondar" in Farsi, during Iranian war games on Monday.

However, ABC News pointed out that Iran had repeatedly threatened to use force to close off the Strait of Hormuz, a narrow stretch of the Persian Gulf though which 20 percent of the world's oil passes.

And Press TV cited Brigadier General Farzad Esmaili, chief of Iran’s air defense headquarters, as saying that Iran's electronic interception systems had been improved to the point where they were capable of detecting any auditory or visual signals transmitted by foreign forces in the region.

"Today, the electronic interception systems of Iran’s air defense are capable of detecting visual and auditory signals transmitted by ground or airborne systems of the target or extra-regional countries."

The Associated Press, meantime, cited Esmaili as introducing a new air defense system modeled after the US Hawk system, named “Mersad,” or Ambush.

The system was capable of locking a flying object at a distance of 50 miles and can hit from 30 miles away, using an Iranian-made missile dubbed Shahin, or Hawk, the AP reported.