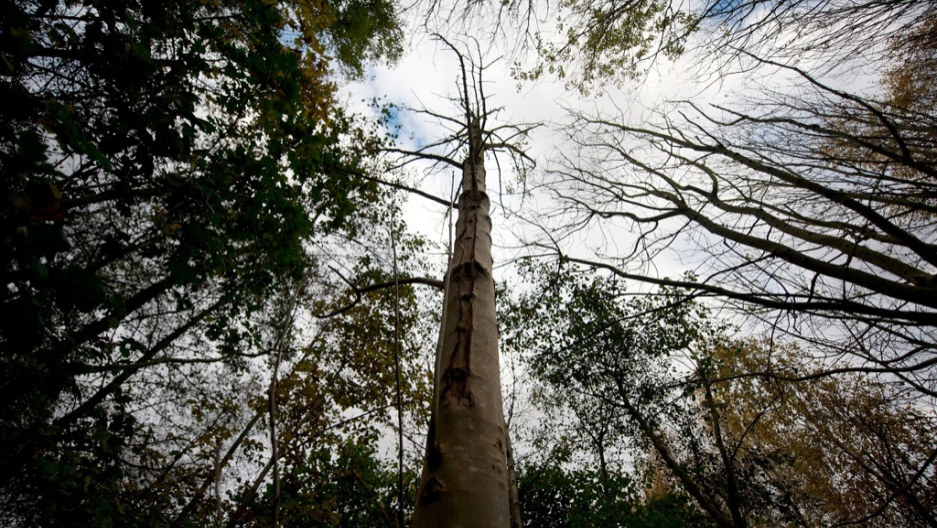 CHEDISTON, England — When it came, the invasion was silent. Insidiously, its vanguard arrived in plain sight, indistinguishable from the native population. It spread over farmlands, across valleys and especially into the precious remaining forests, killing slowly and quietly.

Long before England had a queen — even long before England existed — the Angles and the Saxons hewed spears and hunting bows from the vast stands of ash trees that once blanketed much of this island. Along with the English oak, the ash supported bridges, powered mill wheels and reinforced the hulls of the Royal Navy ships that for centuries kept Spanish, French and German enemies from invading.

The ash is the fourth-most common species today and beloved by millions for its beauty. But it appears to be doomed thanks to the importation of tens of thousands of Dutch and Danish ash trees afflicted by Chalara fraxinea, an incurable blight that strangles the tree by covering its leaves with fungus.

It’s also having a political effect.

"Ashes to ashes," lamented Richard Walker, surveying one of the two dying giants that shade his 500-year-old farmhouse in this bucolic village 100 miles northeast of London. Walker is hardly a Euro-skeptic, as opponents of Britain’s ties with the continent are known. But with Europe’s star very diminished of late thanks to the euro crisis, the ash blight may push some like him over the edge.

"People here knew Danish trees were infected, but they kept importing them,” he said. “There should have been some control."

Possibly the most serious agricultural crisis in Britain since mad cow disease in the 1980s, the outbreak could destroy most of the UK’s 90 million ash trees, according to the Woodland Trust, a forestry group. British agricultural experts say it almost certainly originated in a similar blight that killed most of Denmark’s ash trees in the last decade.

The reactions in Britain, where centuries of industrialization and shipbuilding have left only a fraction of the island’s native forests intact, have been positively apocalyptic.

"KILLER FUNGUS COULD KILL ONE THIRD OF OUR TREES!" screamed the Daily Mail. The Anglican Bishop of Liverpool prayed for divine intervention to save this "green and pleasant land.” And, perhaps predictably, The Telegraph — a newspaper that supports the current Conservative-led government — reported "Labour ministers blamed over research funding cuts."

The looming crisis has prompted talk about the need to invest in "biosecurity," the evils of globalization and new calls from some within the government to review Britain's involvement in the EU.

The country has a well-deserved reputation for going to great lengths to defend its flora and fauna, and any government seen to fall down on the job risks a public backlash.

Britain has a tendency to prohibit the importation of dogs and show horses, and to resist European Union “open border” rules even when it lacks scientific justification.

That was the case since 1897 with a mandatory 6-month quarantine periods for dogs, allegedly aimed at preventing the spread of rabies in spite of international standards that ensured vaccinated animals were rabies-free. The UK finally relented and brought its laws in line with the EU’s only last January.

But the national consciousness remains ever alert to foreign threats to native species. The outbreak of mad cow disease in 1986, formally called bovine spongiform encephalopathy, led to draconian measures — even a ban on British beef consumption — after it crossed over into the human population and its human variant, Creutzfeldt-Jakob disease, was confirmed to have killed dozens of people.

Steps to curb the practice of feeding herds bone meal made from other infected animals appeared to stop the disease, but it didn’t prevent theorists from pointing fingers at French herds and India as the source. Some Britons still regard the idea that it could have originated here, now widely accepted elsewhere, as simply beyond the pale.

More from GlobalPost: 'GIF' is Oxford Dictionary's US word of the year

Although the ash blight poses no direct threat to people, besides concerns many trees will tumble over and drop dead limbs during the next decade, it has mobilized a crisis response.

Scottish officials held a summit this week to consider destroying ash trees wholesale to stem the spread of the disease, but decided against that course. Instead, Scotland and other affected regions are pinning their hopes on a plan to remove and destroy only the youngest trees while providing funding to scientists working on discovering the disease’s genetic markers in the hope of breeding resistant varieties.

That has caused a debate over how to fund such research in an era of austerity. The Royal Society for the Protection of Birds, an activist charity, is typical for praising the government for its plan to save ash trees, but also worrying money would be diverted from other environmental programs.

“Money must be found from central government coffers to fund this activity or we will simply be robbing Peter to pay Paul,” RSPB director Martin Harper said.

But even the best-case scenario is little consolation to people like Walker, whose afflicted trees may be up to 200 years old.

“We can plant young trees, I suppose, but those would be for our grandchildren, not for us,” he said. “As for these, I suppose they’ll make good firewood.”