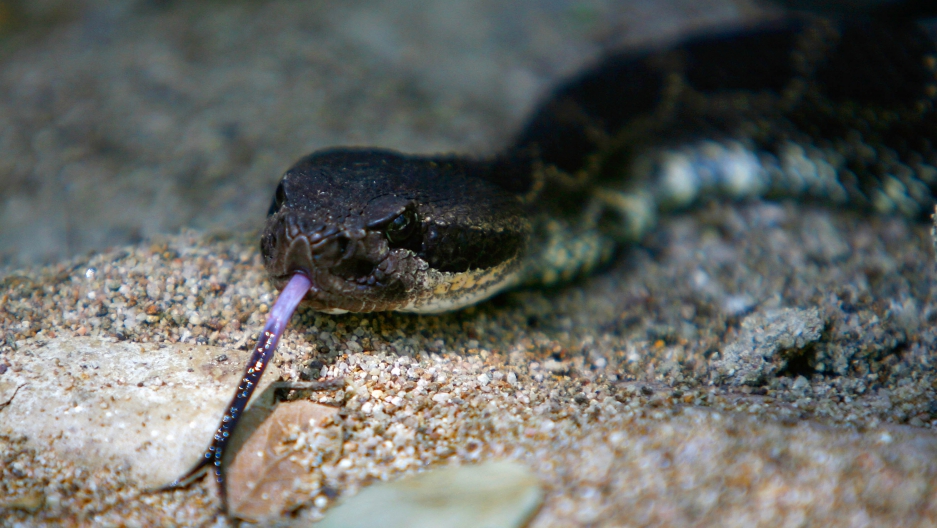 A 16-year-old California girl stepped into a rattlesnake nest after searching for signal on her cell phone.
Credit: David McNew
Share

A teenager is lucky to be alive after stepping into a rattlesnake nest while searching for signal on her cell phone.

The 16-year-old was bitten six times after she walked up a hill in Jamul, Calif. looking for mobile phone reception.

"I heard them all over, I heard the rattles, then I ran."

After hearing the snakes she turned to run, stepping right into the nest, reported CNet.

Oliphant was in intensive care for four days before being released.

Rattlesnakes can be deadly to humans but are rarely fatal.

To kill their prey they inject large quantities of hemotoxic venom through their fangs.

They tend to only attack when threatened.

Many rattlesnake habitats are threatened by habitat loss and poaching.

As for texting while walking, that, unfortunately, is running rampant.

More from GlobalPost: Snake on a plane (no, really this time) lands in Scotland from Mexico