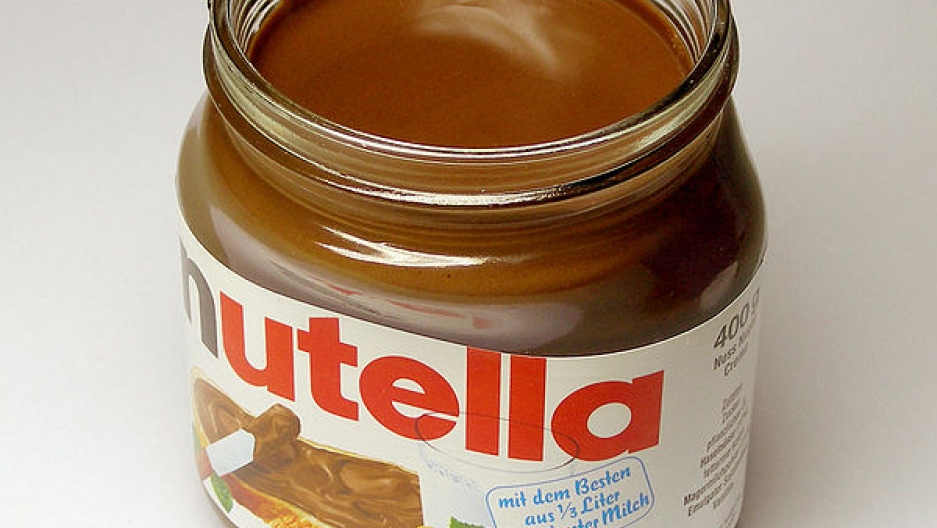 Share
So-called "fat tax" measures and bans on junk foods are common these days. New York City Mayor Michael Bloomberg, for example, put a ban on the sale of soda-cups over 16 ounces. In France, there is a new proposed amendment to put a 300 percent tax on palm oil, which is high in saturated fat and deemed unhealthy. It's found in innumerable every day items and food products like baby-formula, cookies, chocolate bars, and margarine. But the amendment has been nicknamed the "Nutella tax" because the chocolate-hazelnut spread contains no less than 20 percent palm oil. Adrien Gontier, a Ph.D student in geochemistry in Strasbourg, France, is a big opponent of the use of palm oil. He has spent a year living without any products containing this oil and blogs about it. And he has a mixed reaction to the amendment. "I was pleasantly surprised that senators looked into this issue," he said, "but I think this amendment does not go far enough. They should have at least brought up the fact that using this oil also causes environmental problems." Gontier is referring to the fact that some palm oil plantations are responsible for deforestation and other environmental issues in countries that produce it such as Indonesia and Malaysia. The palm oil industry complained that the tax was unfair and that it should be up to consumers to watch what they eat. Something Gontier says is hard to do when food labeling doesn't have to specify which "vegetable oil" is being used. The Malaysian Palm Oil Council also deplored the proposed tax, saying "palm oil is a healthy, natural and important product, which 240,000 small farmers in Malaysia are proud to produce." But Gontier said that is untrue. Far from running sustainable, family-owned businesses, he said, "those Malaysian farmers oversee small portions of what once were gigantic plantations owned by the government or the palm oil industry." Now, French consumers shouldn't have to worry about paying a lot more for their beloved Nutella if this tax is adopted. The extra cost will be less than a dime for a small jar of Nutella. Now, regardless of what happens with the "Nutella tax," Ferrero, the maker of Nutella, says after five decades in stores, the Nutella concoction just will not be altered.