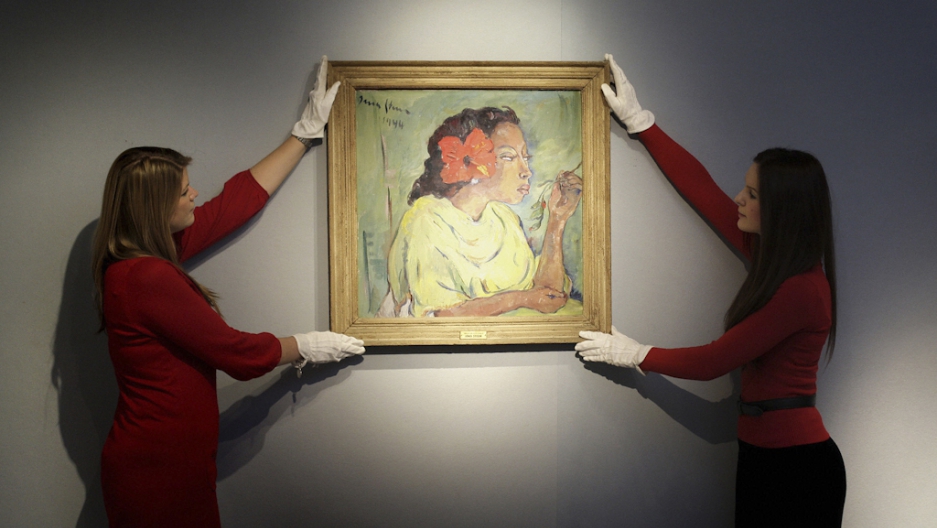 JOHANNESBURG, South Africa — The thieves had a bold plan: pretending to be art students, they entered the Pretoria Art Museum in South Africa's capital and asked to see specific paintings by some of the country's most famous artists.

Once shown their "shopping list" of valuable art, the trio of men held the museum curator at gunpoint, tied him up, and took off with six paintings.

A $1.3-million painting by renowned artist Irma Stern, called "Two Malay Musicians," was too big to fit in the getaway car and left behind.

Police are investigating the brazen Sunday morning robbery, which happened just a few days after video surveillance at the museum stopped working.

The museum has closed for a week, and the most valuable works of art removed as a precautionary measure, said a statement from the city of Tshwane, the metro area of Pretoria.

The five stolen paintings, worth an estimated $2 million, are "Fishing Boats" by Stern, painted in 1931, along with "Street Scene" by Gerard Sekoto, "Cat and Petunias" by Maggie Laubser, "Eland and Bird" by JH Pierneef and "Hottentot Chief" by Hugo Naude.

In 2011, four prints by renowned South African artist William Kentridge were stolen from a gallery in Johannesburg.