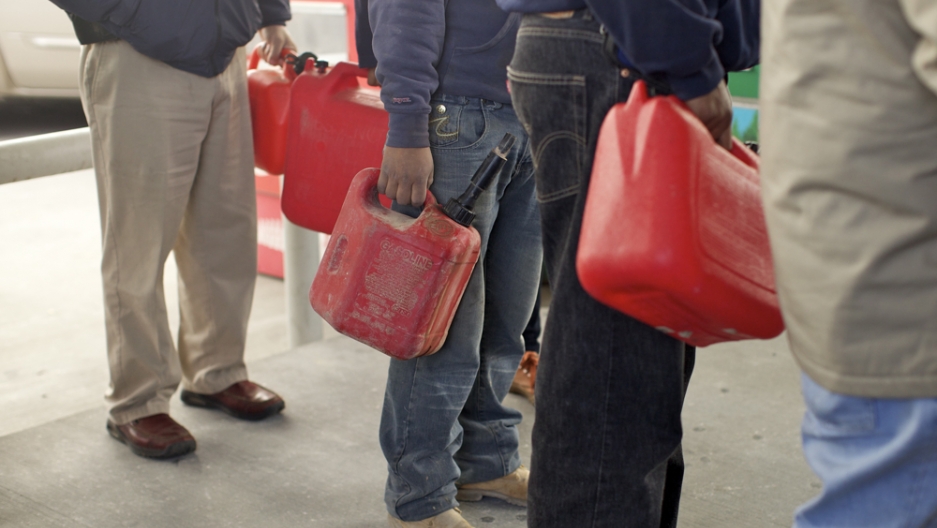 In the immediate aftermath of Hurricane Sandy, the availability of gas in New York and New Jersey went down while the demand for it went up.

Within days, Governor Chris Christie responded by rationing gas in New Jersey. And Mayor Mike Bloomberg implemented a rationing plan of his own in New York City on Friday.

“This is not a step that we take lightly,” the Bloomberg said, according to The New York Times. “But given the shortages we will face over the next few weeks and the growing frustrations of New Yorkers, we believe it is the right step.”

Meanwhile, consumers, desperate for gas, and terrified of not getting it, are waiting at the pump, in some cases, for more than ten hours.

Profiteers who stocked up pre-Sandy are selling gas for up to $20 per gallon on Craigslist. In the face of this gas shortage, are East Coasters turning into lunatics? Or are they acting as anyone would when measuring supply versus demand?

Christopher Knittel, a professor of energy economics at MIT’s Sloan School of Management, says that in cases like these, fear can drive fear. But the solution might be simpler than you think.

But with the new rationing system in place, things seemed to be going smoothly. According to USA Today, lines were running perhaps no more than 20 minutes. And drivers seemed to be taking things in stride.

Avik Amany, a car service driver from Brooklyn, told USA Today that the rationing system seemed to be working.

"The line was about two hours here yesterday. It was crazy. This is much better," he said.

Emergency vehicles, as well as commercial vehicles and public transportation vehicles, including taxis, and vehicles with medical doctor license plates are exempt from the restrictions.

The shortages are expected to last perhaps until the Thanksgiving holiday, Bloomberg said. A big driver of the shortage, in addition to an actual shortage of gasoline, is gas stations that are shutdown either because they don't have power or because they sustained damage when Sandy came ashore.

How long it will take for that situation to resolve itself remains unknown.