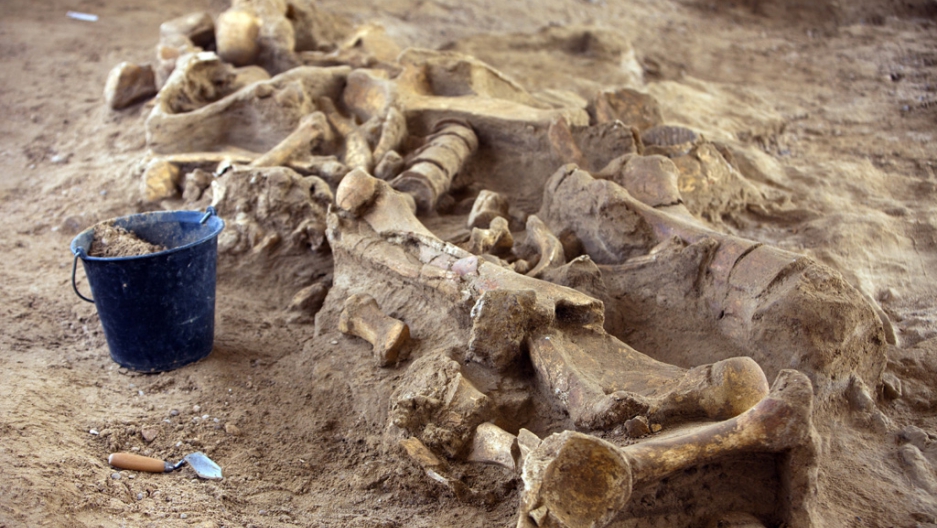 A hairy find near Paris, where archaeologists have unearthed a nearly-complete skeleton of a woolly mammoth.

Nicknamed "Helmut," the skeleton was discovered by accident during the excavation of an ancient Roman site about 30 miles east of Paris, The Associated Press reported.

If confirmed, it would be only the third woolly mammoth discovered in France in the past 150 years, Sky News reported.

Scientists believe Helmut may have become stuck in the mud or drowned in the River Marne.

According to Business Insider, a flint flake found near the remains suggests the animal may have been hunted by Neanderthals or cut up for food after it died, the strongest evidence yet of interaction between mammoths and cavemen in that part of Europe.

"Evidence this clear has never been found before, at least not in France," the site's chief archaeologist, Gregory Bayle, told Reuters.

French scientist Georges Cuvier first identified the woolly mammoth in 1796, according to the AP.