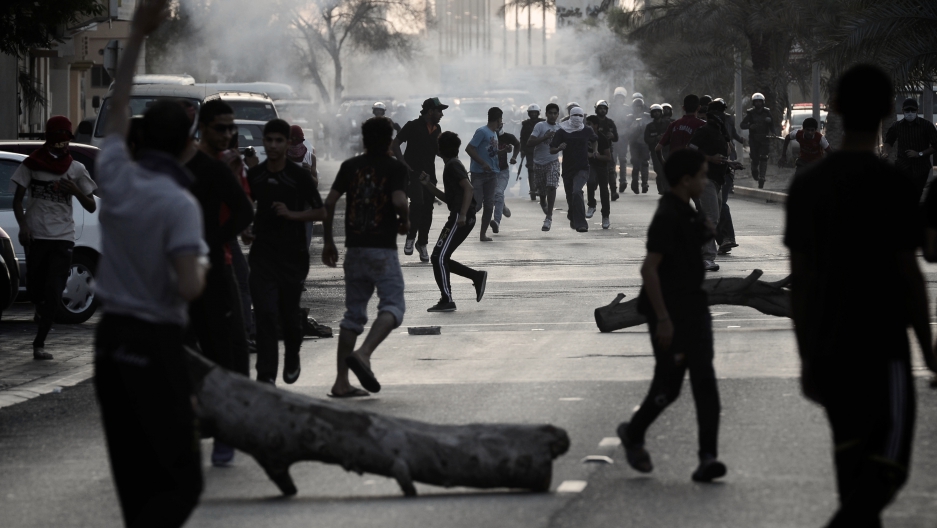 Bahrain's leaders revoked the citizenships of 31 Bahraini nationals in what is being interpreted as another crackdown by the country's Sunni minority leadership on Shia dissenters.

According to Reuters, clerics and human rights lawyers were also on the list, including London-based dissidents Saeed al-Shehabi and Ali Mushaima.

Mushaima in April climbed onto the roof of Bahrain's embassy in London in a stunt to draw attention to the Shia-led fight for democratic change in Sunni-led Bahrain.

The Guardian named Jalal and Jawad Fairooz, former lawmakers from al-Wefaq, the mainstream Shia opposition movement that opposes the Sunni-led government and monarchy.

A 21-month uprising to win greater political freedoms and to dismantle a system of entrenched discrimination has seen Bahrain's ruling Al Khalifa dynasty impose martial law and seek help from its Gulf neighbors.

At least 80 people have died since the unrest began, according to the International Federation for Human Rights.

The Times cited the state news agency as saying that the law permitted the government to re-evaluate citizenships and that the men had the right to appeal.