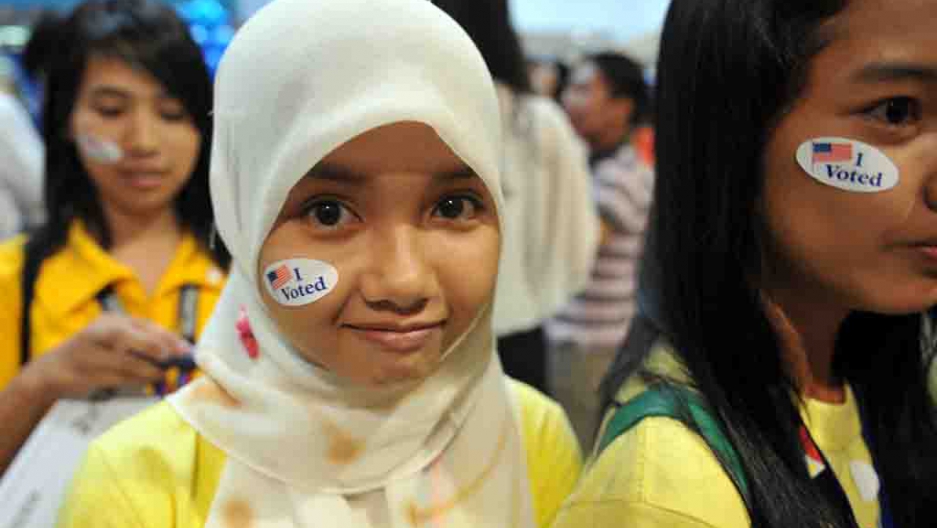 Philippine students during a mock US election vote in Manila on Nov. 7, 2012.
Credit: Ted Aljibe
Share

BANGKOK, Thailand — You wouldn’t know it from this race’s campaign rhetoric, but there are Asian countries south of China.

Southeast Asia was largely invisible during this contest despite America’s various and complex entanglements in the region. Even the Obama administration’s biggest development here — cracking the shell of Myanmar’s ruling inner circle and ending a long spell of sanctions — elicited scant attention on the campaign trail.

The region didn’t offer any compelling issues on par with Chinese competition or would-be Iranian nukes.

But for Southeast Asians, Obama’s re-election at least offers a sense of continuity. Poor villagers in the region can cite Obama’s name while even college grads may be stumped if asked to name his Republican rival.

That continuity counts among big wigs as well.

Even before his re-election, Obama had promised to attend a major political pow wow, the East Asia Summit, held in late November in Cambodia. According to Bangkok-based political analyst Kavi Chongkittavorn, that trip may see a momentous Obama stopover in Myanmar, formerly titled Burma, a nation classified as an “outpost of tyranny” by the State Department in the recent past.

But, so far, Southeast Asian heads of state have diplomatically strayed from taking sides.

Most are offering pat statements insisting they are “ready to work closely with whoever is the choice of the American people,” as the Philippine president’s office put it. A senior Philippine senator, Ralph Recto, added via the Philippine Inquirer that America, in its next term, will continue to “push for their interests and not our interests.”

Indonesia’s Jakarta Post, in the hours after Obama’s win, also sounded a similar note in an op-ed:

“Relations have had their ups and downs during both Democratic and Republican presidencies but there has not been a strategic shift ... there will be no major change in relations between the two democratic nations.”