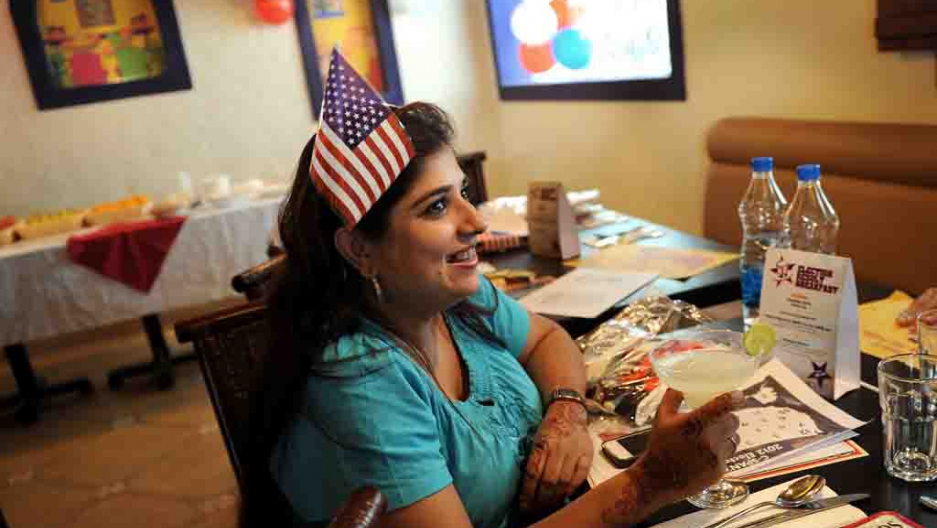 A supporter of re-elected US President Barack Obama in Bangalore on Nov. 7,2012.
Credit: Manjunath Kiran
Share

“I think most Indians were more comfortable with Obama. Yesterday here we had a small snap poll in the mess where about 20 of us were eating dinner, and I think 19 of us were supporting Obama,” said Ayush Prasad, a 24-year-old student.

“The general perception of him is favorable, partly because there's so much literature available about him. People have read his books. Many of us aspire to have leaders like Obama in India, because he's a person who thinks, and is introspective. He's a person who does what he thinks is right.”

“People were very excited, as much as they would have been for an Indian election,” said Prasad.

Unlike Wall Street, traders on India's Dalal Street were happy with the Obama victory, as they expected Romney's budget cuts to precipitate a liquidity crunch that would have starved Indian markets of inflows from US institutional investors, according to the Times of India.

The benchmark Sensex received a welcome boost from the poll results.

Meanwhile, India's foreign policy establishment was pulling for Obama, due to uncertainty about Romney's stance on Iran and China.

“While Romney may also have been all right for us,” said former Indian foreign secretary Kanwal Sibal, “there would have been perhaps some concerns ... that a Romney administration could have precipitated some military action against Iran, might have been too receptive to Israel's concerns and policies, and his tougher postures toward China might have confronted us with more difficult choices.”

On the other hand, though Obama's early moves as president worried New Delhi, he has modulated his stance on Kashmir, and drifted away from Pakistan. The much-ballyhooed “pivot toward Asia” underscored America's strategic alliance with India, Sibal said.

According to an opinion poll cited by NDTV Hindi, a leading TV news channel, Indians favored Obama by a margin of 64 percent to 36 percent going into Tuesday's polls.

“Stupid Americans... how could they give this Obama guy another term? Insane!” tweeted one user who also favors India's BJP.