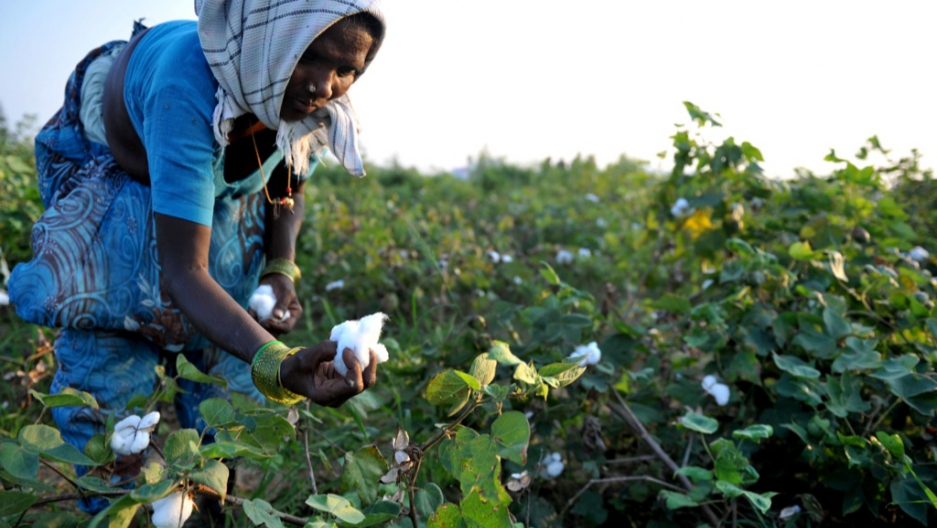 Cotton is a thirsty plant and parts of India drought-prone. But the intensive farming process for cotton leaches the soil and requires high pesticide and fertiliser use that pollutes further downstream
Credit: India cotton 2012 11 6 0
Share

Doing business in India is about to get harder for genetically modified seed companies like Monsanto, an article in this week's Tehelka suggests.

According to the magazine, the latest round of farmer protests against trials of new GM crops marks an escalating opposition to the technology -- which some argue has contributed to the high rate of suicides by farmers in India's cotton belt.

"The anti-GM sentiment in the country has grown louder with states such as Bihar, Kerala, Madhya Pradesh and Chhattisgarh banning field trials," Tehelka reports. "Besides, official committees have also recommended discontinuing such trials."

"The latest report, dated 18 October, was submitted by the Technical Expert Committee (TEC) set up by the Supreme Court. A key recommendation is to put a 10-year moratorium on field trials of Bt transgenics in all food crops (meant for direct human consumption) until specific sites for conducting the trials have been marked and certified, and competent monitoring mechanisms put in place," the magazine said.

As GlobalPost reported earlier this year, the third film of San Francisco film-maker Micha X Peled's globalization trilogy blames US agribusiness giant Monsanto for a wave of farmer suicides that has claimed tens of thousands of lives across India's cotton belt.

In "Bitter Seeds," which ran in theaters on the West Coast last month, Peled "suggests that impoverished cotton farmers in India have it especially tough because Monsanto has taken over the seed market with a genetically modified seed with hybrid technology that produces high yields but cannot renew itself," according to FirstPost.in.

Already, opposition to GM food crops, such as Bt Brinjal (genetically modified eggplant), has been fierce, with activists citing health and environmental concerns.