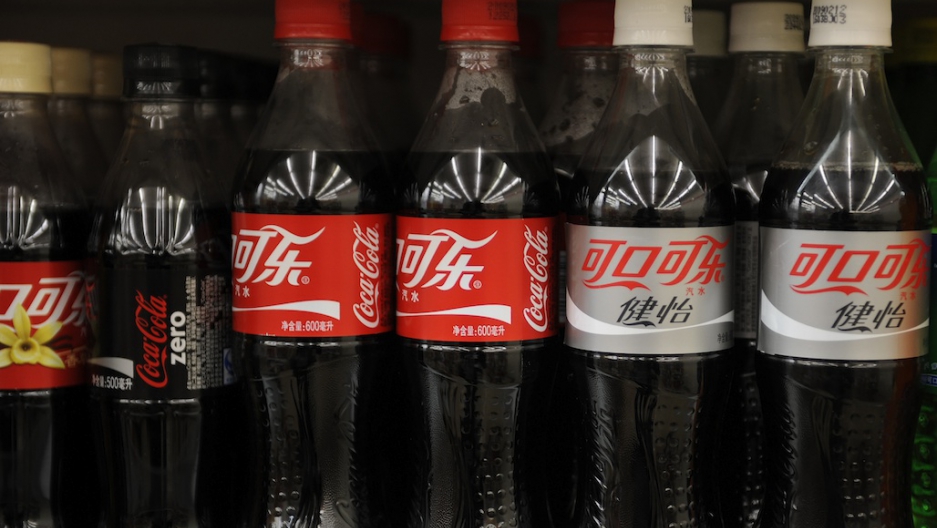 This file picture taken on March 18, 2009 shows bottles of Coca-Cola on the shelves of a store in Beijing.
Credit: PETER PARKS
Share

Coca Cola was infiltrated by Chinese hackers in 2009 — and never said a word to their shareholders or investors, according to a report by Bloomberg Businessweek.

The world's largest soft-drink manufacturer was in the midst of trying to acquire China Huiyuan Juice Group for $2.4 billion when it was hacked, three people familiar with the situation told Bloomberg. One of the company's senior managers clicked on a virus-ridden link sent to him via e-mail, the Inquirer reported.

Though the deal, which in 2009 would have been the biggest-ever foreign takeover of a Chinese company, never went through, the cyber-pirates went undetected inside the Coca Cola systems for at least a month, "logging commercially sensitive information," according to BBC News.

It is unclear if the hacking played a role in the deal's dissolution. However, though some speculated the hack was sponsored by the government, the malware and techniques employed point towards the Comment group, one of China's most widely known hacker collectives, Bloomberg reported.

According to the report, Coca Cola is just one of several multi-nationals to keep quiet about their computer networks being broken into, including British energy company BG Group, steel maker ArcelorMittal, and Chesapeake Energy Corp.

“Investors have no idea what is happening today,” Jacob Olcott, a former cyber policy adviser to the US Congress, told Bloomberg. “Companies currently provide little information about material events that occur on their networks.”

Coca Cola refused to comment to Bloomberg about the hacking, as did the FBI.

"In a world where businesses are beholden to their shareholders, and where talking about security events remains an unnecessary, harmful taboo, silence is still golden," wrote TechWeekEurope's Tom Brewster. "And yet we all suffer because of it."