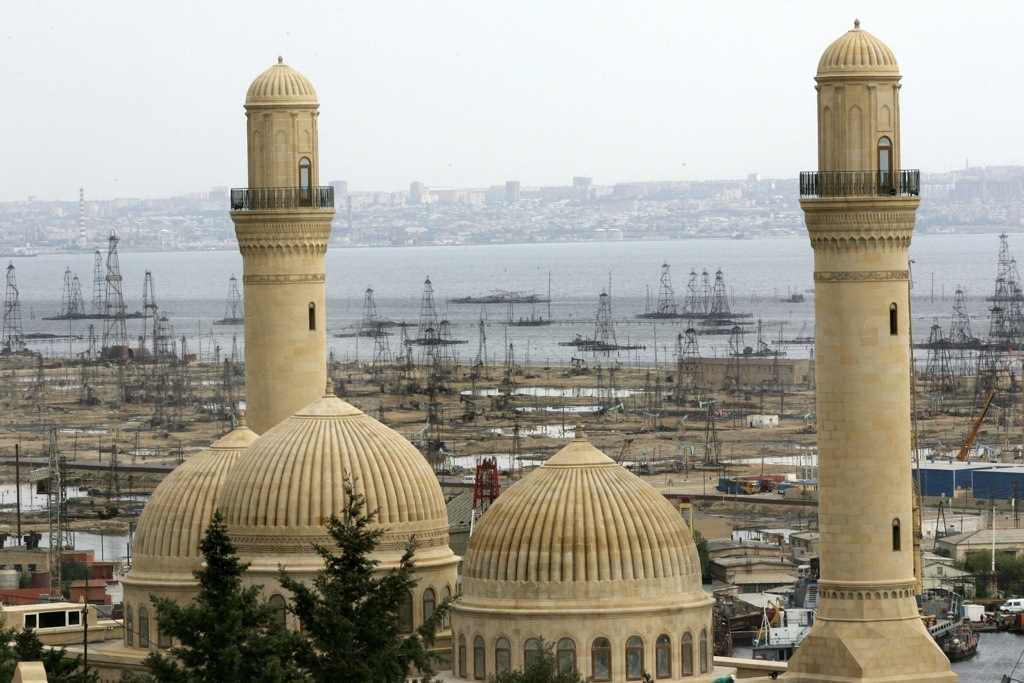 The standoff between Iran, Israel and the United States over Tehran’s nuclear weapons ambitions has drawn in another player: Azerbaijan.

According to intelligence officials, Iran’s security services have concluded that Azerbaijan, its Muslim neighbor to the north, has been enlisted by Israel in a campaign of cyber attacks, assassinations and detailed military planning aimed at destabilizing and ultimately destroying Tehran’s nuclear research program.

That Iranian perspective, described by a range of current and former US intelligence officials who asked that their names remain confidential, has led to a crackdown on Iran’s sizeable ethnic Azeri minority and the launch of an Iranian counter espionage offensive to destabilize the government of President Ilham Aliev. Ethnic Azeris are Iran’s largest minority group, comprising about 16 percent of the population, mostly clustered along the northern border and in Tehran.

Over the past several years, as tensions between Israel and Iran have heightened and US and European talks on Iran’s nuclear program have stalled, Iran has been rocked by a series of assassinations of senior Iranian nuclear scientists and at least one instance where a complex and damaging computer virus, called Stuxnet, was inserted manually into the servers of its nuclear program.

Iranian officials have publicly blamed these attacks on the Mossad, Israel’s foreign intelligence agency. But US officials say Iran has recently concluded that the assassinations and other acts of sabotage has been orchestrated with the help of Azerbaijan.

One source, a former senior CIA agent who still briefs US government officials on developments inside Iran, said he would not comment on the specifics of a relationship between Israel and Azerbaijan beyond confirming that drone aircraft had been among the $1.6 billion in weapons purchased by the Azeris — a fact that was reported publicly earlier this year.

“What I can say is that Iran believes the link is much more substantial — to the point where they fear Israeli aircraft or special ops guys could be based on Azeri territory,” the official said. “In many ways, what Iran perceives is as important as anything else.”

Last January, apparently after the debate on the Azeri issue ended among Iran’s regime, Tehran’s own intelligence service authorized attacks against the Israeli ambassador to Azerbaijan and other Jewish targets in Baku, the Azeri capital. Azerbaijan’s security services discovered the plotand arrested several people described as plotting bombings and sniper attacks.

As is customary in such a shadow war, the US, Israel, Azerbaijan and Iran have pointed fingers but have all vehemently denied any connection to the various plots, assassinations or bombings. Iran called the arrests in January “a comedy show fabricated by America.”

Azerbaijan, meanwhile, has denied any involvement in anti-Iranian actions, and just this month its ambassador in Pakistan rejected reports that Israeli officials have been assessing Azeri airbases as refuelling zones for its warplanes should a strike against Iran be ordered.

Aliev’s government has been a consistent recipient of US aid since his father took control of the country after the collapse of the Soviet Union in 1992. He has presided over a rapid expansion of the country’s oil sector, which languished for years under the mismanagement of Soviet bureaucrats. Recently, however, diminishing energy production, corruption and an increasingly autocratic tone from Aliev’s government have soured ties somewhat.

Still, Azerbaijan’s place on the shores of the energy rich Caspian Sea — and at the doorstep of Iran — has kept the US from acting on its displeasure.

In part, this reflects the complexities of the region. The Azeris are locked in a long, bitter territorial dispute with Armenia over an enclave called Nagorno-Karabakh, over which the two fought a war soon after the collapse of the Soviet Union.

To the west, Turkey, with its own historic enmity toward Azerbaijan’s archrival, Armenia, has represented a natural ally for the Azeris. Since Russia has supported its fellow Orthodox Christians in Armenia, and with Iran and Russia tacitly allied over its nuclear ambitions, Azerbaijan has naturally sought support from the United States and its regional allies, creating a web of dangerous trip wires.

But the idea of serious cooperation with Israel places these criss-crossing tensions on another, far more serious level. Such a tacit alliance, if it indeed exists, poses a significant threat to Iran’s clerical regime. Azerbaijan provides a valuable intelligence listening post for Israeli agents along the Islamic Republic’s northern border.

The news about Israeli possibly landing or refuelling at Azeri bases led some in the United States, including former Bush administration firebrand John Bolton, to accuse the Obama administration of deliberately leaking the reports to sabotage Israeli capabilities.

More seriously for Iran, ethnic Azeri’s move with relative freedom and invisibility inside a country already shot through with repressed dissent. As a potential fifth column for anti-Iran covert activities, ethnic Azeris would be very attractive, one of the former US intelligence officials said.

“Something I can promise you is that much of what’s going on between the US, Israel and Iran remains unknown,” said the former CIA officer and senior Clinton administration official, requesting anonymity. “War with Iran is not about ‘when,’ it’s about ‘where’ and ‘how’ and depending on your definition, it’s ongoing.”