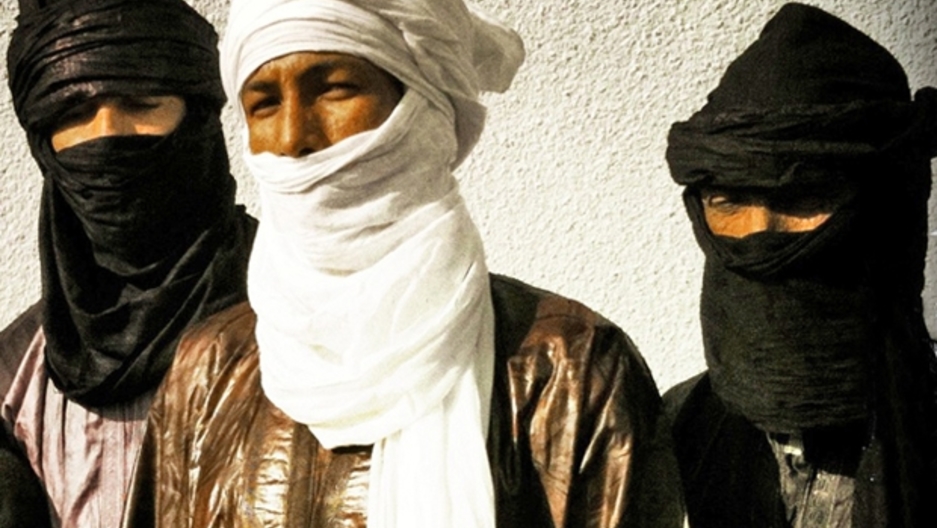 Azawad in north Mali is the area that produced the desert swept blues of the band Tinariwen and the late Ali Farka Toure.

But now all Western and non devotional music has been outlawed in Azawad. Militants have burned instruments and amplifiers, and musicians have been threatened with amputation or worse for doing what they love.

One of the many groups affected by what’s happening is the Tuareg band Terakaft. The name means caravan in Tamasheq. The leader, Diara, was a founding member of Tinariwen. He left to join Terakaft. And today the group is a full-on family affair, fronted by Diara and two of his nephews, Sanou and Abdallah Ag Ahmed.

These days, Diara lives over the border in Algeria. When I spoke with him he expressed bewilderment over the current state of affairs at home. Though he wants the nomadic lifestyle of Tuaregs to be protected, he hopes that Mali will be united again as one nation.

“I don’t understanding what is happening in Mali,” Diara says. “There has always been conflict between North and South, but things are different now with the Tuareg rebels and the Islamic extremists. Like many Tuaregs I’m just watching the situation, because it’s so difficult to understand what the future holds.”

28-year-old guitarist Sanou is part of the next generation of Mali’s desert bluesmen. He was born into this music and learned to play when he was a child. Now that playing guitar is forbidden in his homeland, he lives in Europe and Canada when he’s not on tour. When I asked him if exile is a choice, he noted his limited options.

“It’s a choice because my life is as a musician,” he says, “With the current strict Islamic laws there is no way to live in Mali today.”

When I asked him if he wants to return to Mali one day, he said of course.

The UN Security Council has approved the idea of an African-led force to help Mali’s army defeat the Islamists in the north. Secretary of State Hillary Clinton has been pressing neighboring Algeria to take a central role. But at this point, it’s unlikely that Sanou will go home anytime soon.