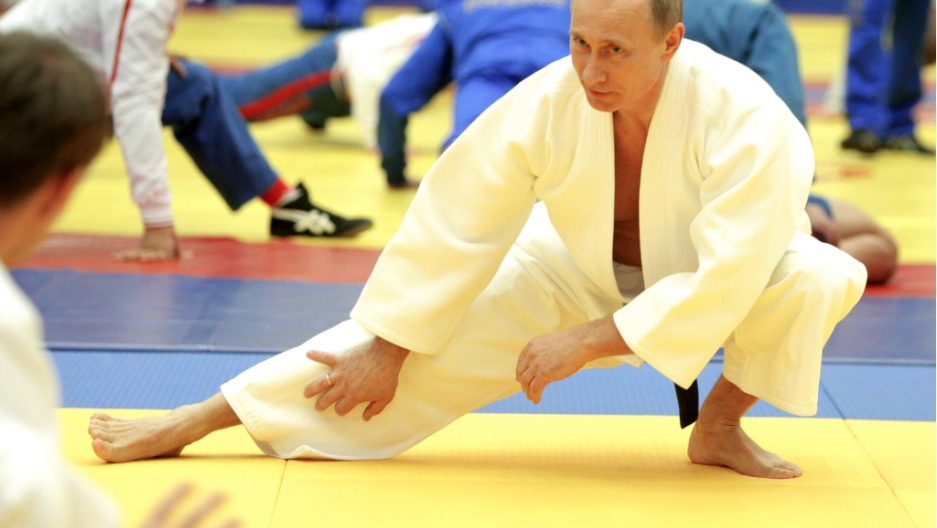 First, the 60-year-old Russian president was spotted limping and appeared to be in pain during the Asia-Pacific Economic Cooperation forum in Vladivostok in September, the Wall Street Journal reported. Then trips to India, Bulgaria, Turkmenistan and Turkey penciled in for October and November were rescheduled for December, the Associated Press reported.

Earlier this week, the Kremlin announced that the president had put off his annual question-and-answer broadcast until a “warmer time of the year,” the AP reported. What’s more, Putin’s been working from home in recent weeks.

Today, Russia's Vedomosti daily newspaper claimed that a hard landing during a publicity stunt in September had aggravated Putin's back problems, the Wall Street Journal reported. (The stunt: Putin guided some endangered cranes to a new habitat using a motorized hang glider.)

The Kremlin is denying that Putin is recuperating from a serious injury, including any flying-related mishap, the AP reported.

Instead, Putin spokesman Dmitry Peskov said, the president had pulled a muscle during a workout September, but it quickly healed, the AP reported.

Peskov confirmed that Putin had been working from home lately, but said it was because his daily commute to the Kremlin was making Moscow’s traffic jams worse, the Wall Street Journal reported.

Downplaying Kremlin leaders’ illnesses – and sometimes deaths – is a bit of tradition in Russia, according to BBC News. (See the BBC’s list of other Soviet and Russian strongmen whose sicknesses were kept largely secret here.)

“First of all, it slows everything down. Even the most immediate problems or solutions cannot be taken and they have to be delayed,” Viktor Kremenyuk, a political analyst with the U.S.-Canada Institute, told the AP. “There is no mechanism to replace the president in the absence of the president. This simply means a standstill — everything stops.”