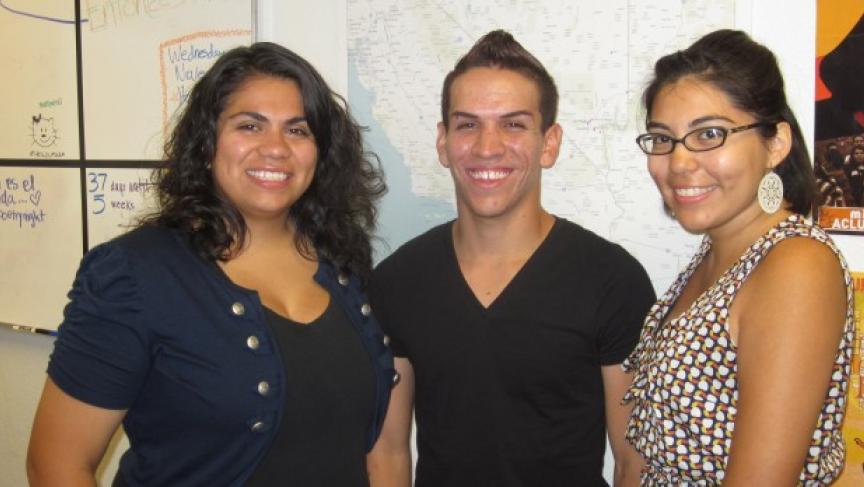 President Barack Obama made a shrewd political move this summer that resonated with many Latinos, both citizens and those living here illegally.

The president signed an executive order that gives young undocumented immigrants the chance to live and work openly in the U.S. without fear of deportation. It’s called Deferred Action for Childhood Arivals.

It wasn’t everything young undocumented immigrants were hoping for though.

For example, they have to apply to renew the deferment every two years. And in the days after the much-publicized announcement, one provision got far less notice: those young immigrants are not eligible for health care coverage under Obama’s Affordable Care Act.

The Romney campaign wants Latinos to understand that the president didn’t give them such a good deal after all.

“It’s bread crumbs,” said Elsa Barnhill, the director of Hispanic outreach for the Romney campaign in Nevada. “It was something that was done very close to the elections, literally months before the elections. He did it without Congress, and he did it almost in a very obvious way to do something.”

Barnhill says Obama had a chance to pass comprehensive immigration reform when Democrats controlled both houses of Congress, but instead spent political capital on healthcare reform. The president has countered other things had to come first, namely taking care of an economy on the verge of collapse.

Still, Latinos in Nevada are being reminded that the president didn’t get the job done on immigration reform and didn’t get the DREAM Act through Congress, which would’ve put qualified young undocumented immigrants on a path toward citizenship. That message is being hammered home in commercials from a pro-Romney SuperPAC.

Astrid Silva, Rafael Lopez and Blanca Gamez were all born in Mexico and came to the United States as undocumented immigrants. Lopez and Gamez came to the U.S. before they could walk. Silva was 4. All three of them say a huge burden was lifted off their shoulders when the president signed his executive order.

“That morning I woke up to messages upon messages, and Facebook and Twitter and text messages and voice mails. And basically, everybody was like, your life is about to change,” Gamez said.

But the three students still don’t have health insurance, something that does bother them, though in different ways for each of them.

“I’m more bothered by the fact that people say that immigrants are draining the hospital system and emergency rooms,” Silva said. “We don’t have preventive care, so where else are we supposed to go?”

Lopez is a bit more direct.

"I think healthcare is a human right. I guess what bothers me is that even though we are only receiving work permits, what I don’t want is a second class of immigrants being created,” he said.

Gamez is just pleased to see progress, of any sort.

“Honestly, right now, it’s baby steps,” said Gamez. “I see it in the future happening, but at this moment, personally I’m not bothered by it because ... I’ve lived all my life here without it, it’s still not going to make a difference right now to me,” she said.

“Slowly, with time, it’s going to happen, because the original, what is called Romney Care, included undocumented immigrants. So it is something that, hopefully with time, it will include us,” she said.

She’s referring to the Massachusetts Health Care reform law signed by Mitt Romney when he was governor of Massachusetts. That could be a strong political card for Romney to play with Latinos ... if he wanted to, that is.

The Los Angeles Times reported last year that undocumented immigrants in Massachusetts are eligible for publicly subsidized medical care. Romney’s campaign issued a statement after the article came out essentially saying Romney had nothing to do with that.