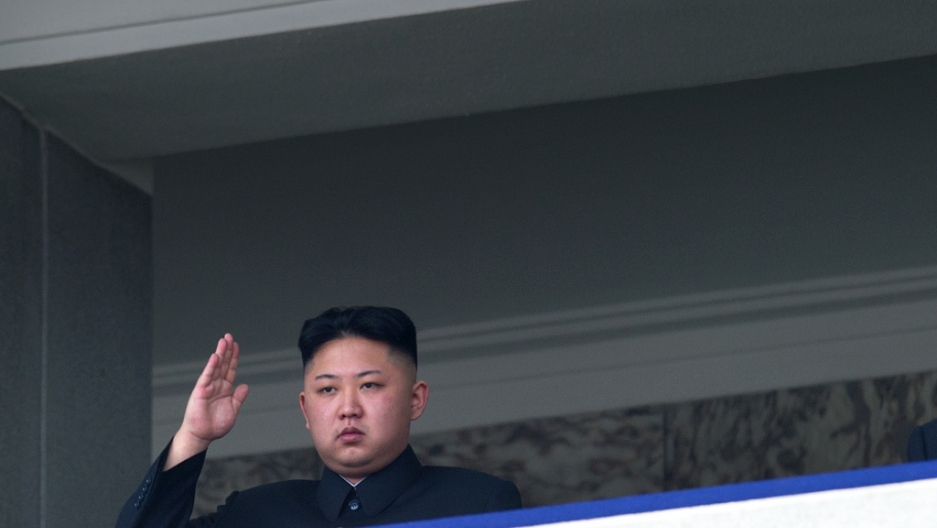 NHA TRANG, Vietnam — A peculiar strand of literature on North Korea has been published in recent years, with the authors drawing heavily on interviews with defectors. Sure, North Korea has been a horrific place with famine and prison camps, but these books reveal a single slice of North Korean society. And it's dangerous that they're taken so frequently at face value when they remain unverifiable.

The stories these authors tell are indeed heart-wrenching. Journalist Blaine Harding, formerly at the Washington Post, wrote a biography of Shin Dong Hyuk in the 2012 book "Escape from Camp 14." Shin was a famous defector born and raised into the brutal environment of a labor camp from where he later escaped.

Unfortunately, there's a big flaw. The defector initially presented his story differently from what he later told to the author. Harden acknowledges in his book that the defector lied to him about his experiences, but decided to believe him anyway.

For seven years, I made a living in the world's most closed off communist country as — of all careers there — a businessman. Now living a comfortable life as an entrepreneur in Vietnam, I have all sorts of stories to tell that contradict these tales.

One of the most widely acclaimed works was Barbara Demick’s 2010 book "Nothing to Envy: Ordinary Lives in North Korea." She tells the stories of six different refugees who had lived through the hermit state's famine, known as the "Arduous March," during the 1990s, and who came from one of its poorest industrial cities, Chongjin. During the late 1990s, this city with no arable land was one of the most afflicted regions and witnessed mass starvation.

During the Cold War, Chongjin was a hub for steel, machinery and ship manufacturing and its port saw significant trade with the Soviet Union. I have visited numerous cities in North Korea, but no other city suffered such a massive industrial decline and ensuing mass unemployment after the Soviet collapse.

About six years after the six defectors suffered through food shortages, I visited Chongjin for the first time. Badly damaged infrastructures during the floods had been repaired, a number of withering and dilapidated factories had resumed operation after being abandoned, street markets had expanded and a good number of new buildings had been built.

Chongjin, no doubt, was still a poor and rugged city. But the residents told me that the 1990s had been the worst period in their lifetime — worse than the Korean War — and that the situation had improved considerably. Even the prolific North Korea historian Andrei Lankov wrote in Asia Times Online in September 2011 that:

... actually, from around 2002-2003, we have seen a steady but clear improvement in North Korea’s economic situation. North Koreans are still malnourished, and likely to remain so for the foreseeable future. Nonetheless, they are not starving anymore — at least not in significant numbers.

There are other examples of blatant academic deception. In 2012, Stanford professor Adam Johnson wrote the novel "The Orphan Master's Son" set in North Korea, but included just about every negative generalization he could find on the country. So much for "insight": he claimed, in a blatant and poorly researched falsehood, that in North Korea "no one has read a book that's not propaganda for 60 years.”

Sure, propaganda abounds in North Korea, but patronizing literature like this doesn't give credit to the North Korean people where it's due. When I traveled around the countryside, school children narrated old Korean folktales to me, rather than regime propaganda. And my staff, along with all sorts of other North Koreans I’ve met, have read foreign books such as Alexandre Dumas’s thriller "The Count of Monte Cristo" or Ernest Hemingway’s "Men Without Women." Some of them could even recite lengthy passages from the works. At home and sometimes at their universities, they watched foreign movies like "Gone with the Wind" and "Titanic."

Journalist Melanie Kirkpatrick, a longtime member of the editorial board of The Wall Street Journal, published another North Korea book in September 2012 called "Escape From North Korea." She portrays North Korea as a “hellhole" that is “rife with suffering and starvation.” The country, she added, “keeps its citizens in the dark ages." “Foreigners and foreign goods are kept out," was another tall claim of hers.

Had that been true, I would, of course, not have been able to sell foreign goods like mining equipment, foodstuffs, and medicine in North Korea. I once even met an unemployed steel worker who migrated from an industrial city to the countryside, where he began cultivating his own private plot on a slope. He proudly told me that his family now earns enough money so that, within two years, they could buy a motorbike. Even though that's not a sign of enormous wealth, it puts North Korea on par with other developing countries like Cambodia which have undertaken market reforms.

Had I told my friend that, in Kirkpatrick’s words, North Koreans were “rife with suffering and starvation,” he would have felt insulted.

Felix Abt, a Swiss businessman, lived and worked in Pyongyang for seven years. He helped found the Pyongyang Business School, the European Business Association of Pyongyang (a de facto Chamber of Commerce), and other ventures. He has visited seven out of nine provinces and more than two dozen cities in North Korea.