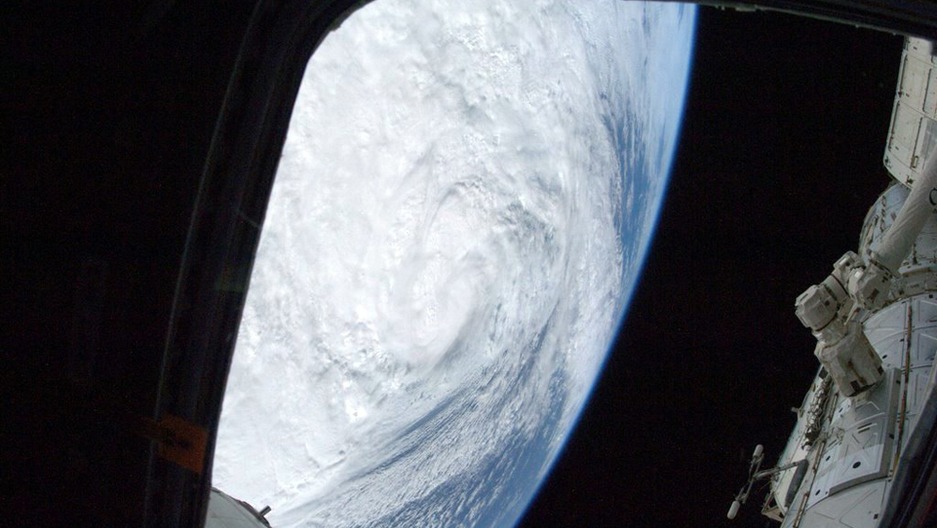 Sunita Williams tweeted this photo of Hurricane Sandy from the International Space Station on Tuesday: “Hope everyone is doing ok with the storm. Saw #Sandy on our flight path yesterday. From our vantage point.” (Photo courtesy of Sunita Williams/Twitter.

The Republican moved the holiday to Nov. 5 in the wake of Hurricane Sandy, which left hundreds of thousands of the state's residents, and countless streetlights and porch lights, without any power.

But for some folks, being out-of-town, way out-of-town, you might say, will not cancel or alter Halloween plans.

An unmanned Russian space capsule arrived at the International Space Station Wednesday and delivered some Halloween treats for three veteran crew members who’ve been in space since July, and another three who arrived last week.

The new astronauts also brought along 32 live Medaka fish to test their reactions to various condition. So far, the fish are already doing strange things, including swimming upside down and sideways.

But the focus of the research is on how weightlessness affects bone density and muscle mass, so scientists can find better treatments for astronauts, and Earthlings, suffering from osteoporosis, said, Tariq Malik, managing editor of Space.com.

"The hope is they can get a medicine ... all from these little Medaka fish, floating around in a space aquarium," Malik said.

But that's not the only science astronauts have been doing recently. They've also been monitoring the progress of Hurricane Sandy, as it roared ashore in New Jersey and moved up the eastern seaboard.

"They can only watch," Malik said. "They take pictures of the planet, monitor weather, monitor landmasses, as part of an ongoing observation."

But the disasters on earth are presenting an opportunity for the station to examine how it would handle a disaster, Malik said. Astronaut are preparing for a space walk, to fix a coolant leak on the station, and they're also talking about how they would handle a fire onboard.

There are some 200 experiments going on aboard the space station at any time.