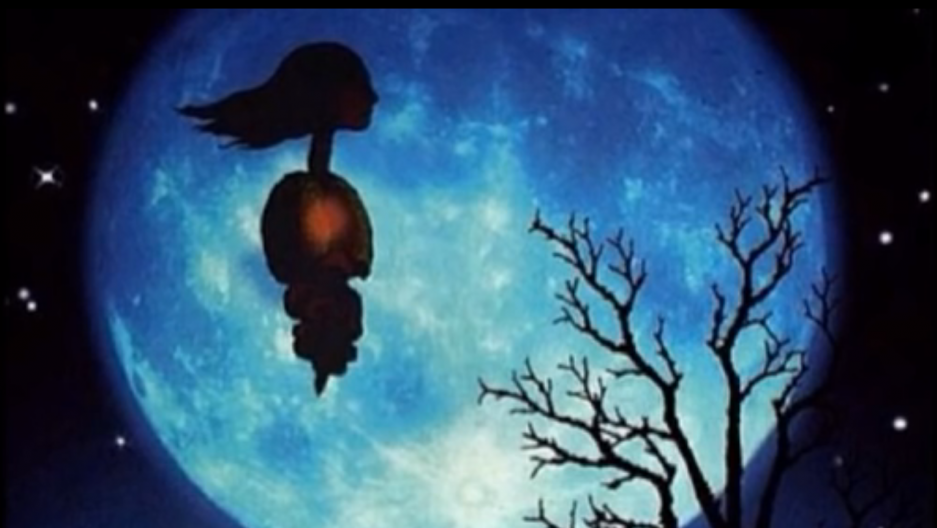 A gutsy lady-ghost known as the "Ap" to Cambodians and "Krasue" to Thais.
Credit: Screengrab from เรื่องย่อละคร กระสือมหานคร
Share

PHNOM PENH, Cambodia — Halloween may be a largely American holiday, but remarkably creepy ghost stories are by no means restricted to the United States. Here are some weird and scary international legends to keep you up well past your post-Halloween party bedtime. Sweet dreams.

1. The story of the Ap (in Cambodia) or Krasue (in Thailand)

A beautiful young Cambodian woman walks outside her house at night. There's a mysterious red glow in the air, and she walks toward it — to be confronted with a floating female head, ghastly entrails hanging down from its neck. She screams. But it's already too late.

That's the Ap or Krasue, a Southeast Asian ghost, represented by the head of a pretty young woman that floats in the air, guts, spine, and other assorted bloody organs dangling. It sounds remarkably bizarre, but it's a persistent legend in this region — and various myths exist about how the Ap got to be, well, an Ap.

This source states that women who abuse black magic may be forced to turn into an Ap or a Krasue as a penalty for their crimes.  Others state she's the unfortunate victim of demonic possession.

You don't want to invite her inside for a snack. The repulsive witch feeds on blood, feces, fetuses, and other gory things, and is believed to take a particularly disturbing interest in pregnant women. If there's blood or feces spread on your house in the morning, that's a sign the Krasue has been there. Look sharp.

They can be repelled if you put thorny vines outside your house, as the witch's dangling entrails could get caught in them (eminently practical). An Ap or Krasue can turn you into one yourself if you ingest her saliva, so no sharing beverages with her.

Check out this remarkably awesome Thai movie footage to see a Krasue in action. High budget special effects ahead, watch out!

2. The story of the ghost city of Bhangarh in Rajasthan, India

The American West is known for its Gold Rush-era ghost towns, but swiftly abandoned Bhangarh in Rajasthan goes one better: it's an entire royal ghost city. Further adding to the creepy mythos, this popular tourist destination is only frequented during the day, because apparently no one has the stones to actually spend the night here.

Legends differ about how the formerly busy 16th or 17th century royal city came to be deserted, but it's generally believed that a noble wizard princess named Rani Ratnawati foiled the black magic plot of a male sorcerer to seduce her.

The man cursed the city when the queen, skilled in tantric magic, repulsed the princess from his advances. (Or maybe the queen put the curse on the city. No one is really clear on this.) Bhangarh was soon abandoned, the legend goes.

Another tale states that the son of Madho Singh, the town's founder, was avaricious enough to build a palace that cast shadows over a forbidden place. Obviously that's a real mythological no-go, and the town was abandoned soon afterward. Locals claim that if they try to build a house in Bhangarh, the roof will swiftly collapse.

Why bother? Better to build somewhere that isn't polluted by black magic or evil ghosts. This is a particularly interesting phenomenon, because as any visitor to populous India knows, most historical ruins are actively occupied by people unless they are explicitly barred from doing so. Some claim modern-day practitioners of black magic are fond of heading to Bhangarh to perform their rituals.

Even the Indian Archeological Survey has bought into the creepy mythos of Bhangarh, situating its office a safe few kilometers out of the main area. No one is permitted to go there at night.

Well, except for these guys filming one of those shakily-shot REAL HORROR documentaries that feature a lot of heavy, terrified breathing from attractive young people in the dark. Hours of fun!

Here's a much less cheesy VOA bit on the weirdness of Bhangarh.

A young boy is out alone at night — never a good idea, so we must assume he's had an inadequate dose of ghost stories in his young life. A woman with absolutely enormous breasts sprouting from her back approaches him, and he stares in silent, prepubescent awe. She gets closer, smiling — and her back-breasts mysteriously expand, smothering the shocked boy. He's never seen again. The breast ghost has got him in the clutches of her spectral mammaries.

Like a notably large proportion of world ghosts, she is known to prey particularly on both young children and young men. Parents often will use the Hantu Tetek as a threat to keep youngsters inside — though the possibility of seeing a ghost-witch with giant breasts on her back might prove too compelling for some.

Traditional Perankan Hindu dances portray the Hantu Teteks as "devils with pendulous breasts" who are followers of Shiva.

It's dark outside on the island of Oahu, and you're staying up late watching trashy reality TV. You think you hear the distant thrum of tribal drums and unintelligible Hawaiian chants outside your home, but that wouldn't make a hell of a lot of sense, would it? Are the neighborhood kids drunk?

The sound gets louder, and you go to your window. Then you see them: ghostly lights in a line, thumping up and down. As if they were carried by marchers. You shrink away from the window: you know what will happen if you catch their eye, and you won't like it.

The night marchers or Hukai Po are thought to be spectral beings who parade through specific areas in Hawaii, seemingly with a goal in mind. They're often considered to be the spirits of ancestral warriors.

They are usually accompanied by the sound of drums, and they are not known to deviate from their purpose — but woe betide the person who obstructs their progress or rests their gaze on them too long. They are known to take people with them.

Night marchers are said to be most prone to take their march on nights when the spirit world is particularly active, according to this source: they are often accompanied by heavy winds, rain and surf. Males and females march together, sometimes in separate lines. It's late at night somewhere in Texas, and you're walking along the river because the weather is nice and your parents don't know you've left the house so late in the evening. Through the reeds by the water, you spot a strange white object, and as you draw closer, you realize it's a slim woman, with black hair. She's wearing a white dress, and she's crying noisily. Then you realize that she has no eyes, and she's crying blood — or are they black tears? Anyway, you wish she'd stop.

The story of La Llorona is a Latino ghost tale, which has been transplanted in the US from Texas to Miami to Montana. There are a few variants on the tale and how La Llorona got to be the way she is, but she is always crying — sometimes blood, sometimes black tears. Sometimes La Llorona, also known as Bloody Mary, will come to you in a mirror if you say her name — especially on Halloween.

She is a child-snatcher who takes delight in the suffering of the young. Some say she killed her own children in a fit of rage when her husband rejected her, drowning them — and forcing her to wander the Earth forever to find them. Some claim she is the mother of Jesus Christ himself. Parents warn their children to avoid being out at night alone, invoking her name: she'll take them out to the river and drown them in the reeds.

La Llorona was featured in this petrifying 1997 essay about the creepy mythos of homeless Miami children. In that street tradition, La Llorona is considered a Satanic specter who rejoices when children die, especially in street violence. 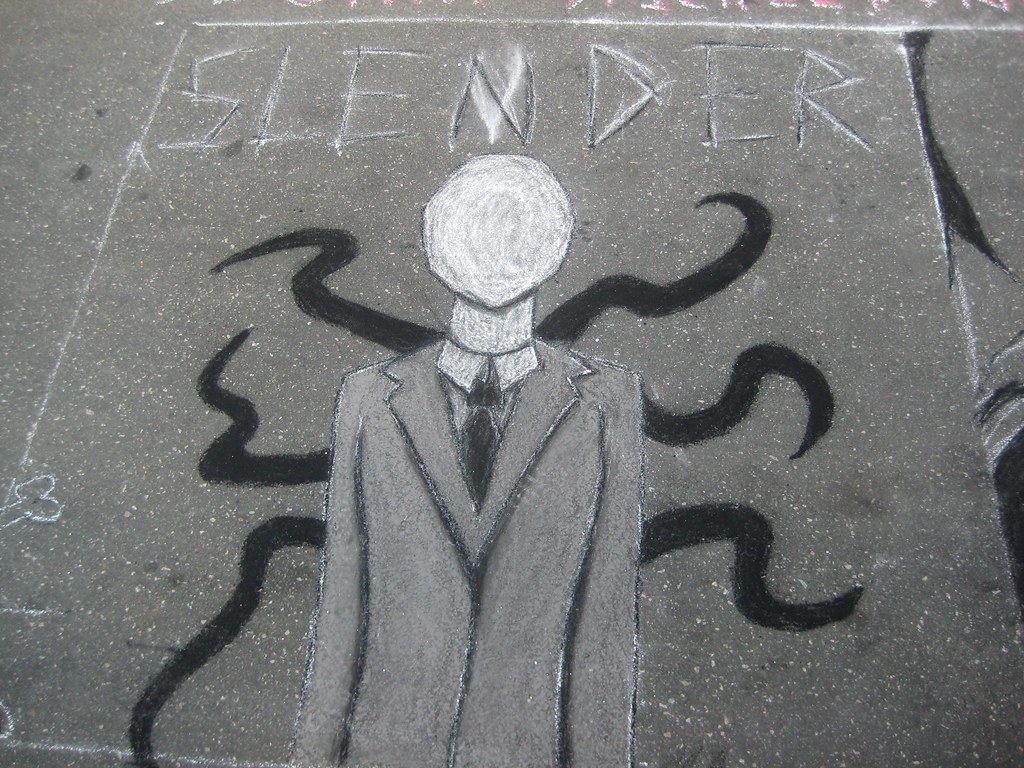 The Slender Man originated only a few years ago, first popping up on popular forum Something Awful in a 2009 Photoshop battle. It was an image of a tall, faceless man in a suit who appeared to have writhing tentacles, menacing a group of children in a black and white image, supposedly salvaged from the Stirling City Library blaze in which 14 children went missing.

Something about the quite fictional figure proved rather compelling, and stories and other images of the newly-created Slender Man began to propagate themselves on the internet. A few short years later, and the Slender Man is now the stuff of millennial urban legend, starring in creepy blog projects, images, and even a remarkably good series of YouTube videos.

The Slender Man myth continues to evolve, and is a good example of how legends and horror stories begin and spread, aided and abetted by the internet. The only real constant about the Slender Man is that he is tall, extremely pale, skinny, has no face and wears a black suit and a (usually red) tie. His powers and what exactly he wants continue to be debated. As with many such myths, he is often considered to be particularly interested in pursuing and injuring children. Unsurprisingly, jokes have emerged about the Slender Man's real motivation for chasing people. (He just wants $20!!!)

Sometime he is portrayed with tentacles sprouting out of his back to grasp those who attempt to escape him. He is often thought to have weird psychic powers, and may have the ability to stop or otherwise alter time. Some who come into contact with the Slender Man fall prey to "slender sickness," causing coughing and other symptoms. The Slender Man may have an oddly symbiotic relationship with video cameras, as many modern-day horrors do.

The Marble Hornets series has been running since 2010 and is now up to 60-odd videos, following a young man's increasingly terrifying encounters with the Slender Man spectra (or whatever he is). They are low-budget terror at its finest, recommended for late night creep-yourself-out viewing. There's also a very creepy Twitter account.