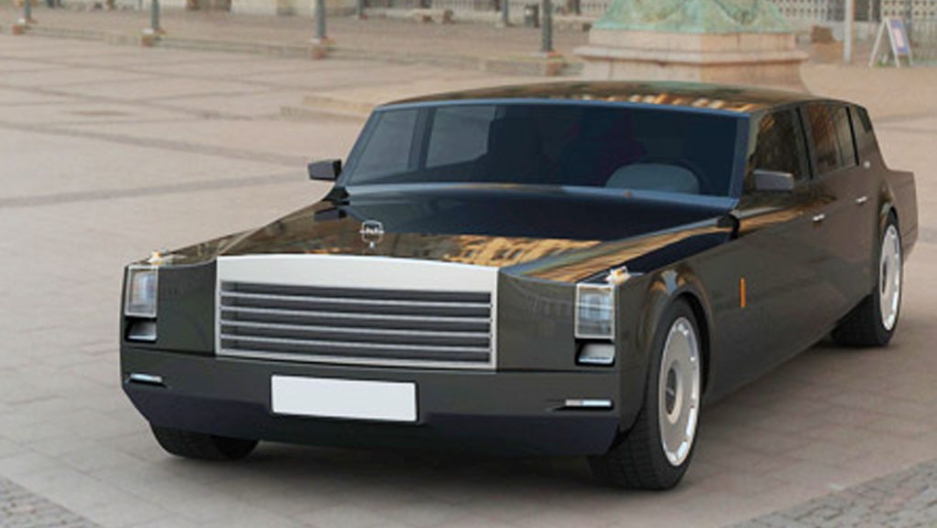 President Barack Obama can have his Cadillac, a “scary looking submarine,” because Russian President Vladimir Putin will soon be riding in style. So says carmaker ZiL, the manufacturer of this new Russian-built limousine soon to transport bigwigs in that country.
Credit: ZiL
Share

President Barack Obama can have his Cadillac, a “scary looking submarine,” because Russian President Vladimir Putin will soon be riding in style.

So says carmaker ZiL, the manufacturer of a new Russian-built limousine soon to transport bigwigs in that country.

Remember, this man is talking about RUSSIAN-made limos, those funny looking things you see in black-and-white images of the Soviet Motherland or old spy movies.

“We tried to preserve the generic feature of the ZiL: the recognizable style, the lighting, the mirrors,” ZiL’s Mikhail Sattarov said.

“We wanted it to be clear that this is a ZiL, not a soapbox, not a Mercedes. If you look, it’s dark blue. If you look at what Obama drives around in, it’s a scary submarine, no kind of aesthetic; it’s awful to look at.”

The irony of that is ZiL will use an engine and transmission built in – where else? – America.

It took ZiL six years to complete the design, and earlier this year Putin suggested Russians opt for "Made in Russia" over foreign competitors.

The new ZiL, its builders say, is vastly improved from its ancestors.

Evidently, that’s a dramatic improvement from the old ZiLs, which returned a climate-action inducing 3.52 mpg, The Christian Science Monitor suggests.

Don’t worry, though, you can ride out Mother Nature’s apocalypse inside, where leather seats, a workstation, TV and video cameras await you.

Armor-plated windows should keep the starving hordes away nicely. No word on if it is water tight in case of another Superstorm Sandy.

Critics suggest Russian companies getting into the limo business makes no economic sense.

"Producing limousines was necessary during the time of the Iron Curtain in the Soviet Union. Why do this? It will break down and malfunction like before," Oleg Datskiv of auto-dealer.ru told Russia Today.

"We don't have the personnel – designers, engineers, technicians – we don't have the base,” automotive journalist Igor Morzharetto added. “ZiL and (automaker) GAZ have been out of this business for 20 years already.”