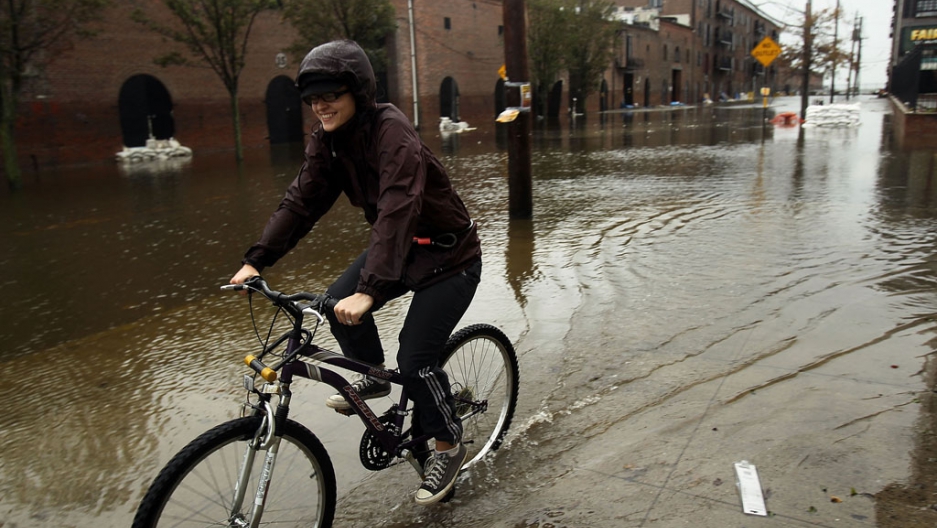 A woman rides her bicycle through a flooded street in the Red Hook section of Brooklyn after Hurricane Sandy caused extensive damage in the area on October 30, 2012 in New York.
Credit: Spencer Platt
Share

"I was a little disappointed at the third debate when neither talked about climate control," Stone told HuffPost Live. "I think there's kind of a weird statement coming right after ... This is a punishment... Mother Nature cannot be ignored. That's all I thought about."

The 66-year-old filmmaker said he hopes in the wake of the storm, both Obama and Romney will prioritize climate change.

Stone, whose new book "The Untold History of the United States" went on sale this week, revealed that he voted early for Obama, E! Online reported.

Here is video of the Stone interview on HuffPost Live: