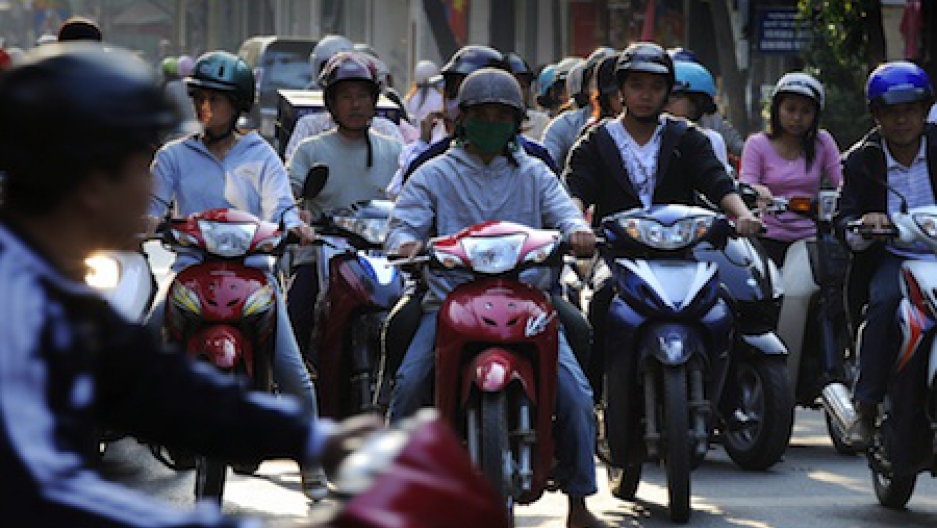 Vietnam has sentenced two songwriters to four years and six years in jail, respectively, for writing songs that are critical of the government and supportive of political activists, the Wall Street Journal reported.

In 2011, in response to by police crackdowns on anti-China protesters across Vietnam, the musicians produced two songs: “Anh La Ai?” (“Who are You?”) and “NuocToi Dau?” (“Where is My Country?”), Voice of America reported.

According to VOA, the lyrics of "Where is My Country?" include the following lines:

“Where is your nationalism?

Why consciously take orders from China?

You will leave a mark to last a thousand years

Your hands will be stained with the blood of our people.”

The government arrested Khang and Binh in late 2011 after the songs went viral on YouTube, the Wall Street Journal reported.

Human rights activists immediately complained about the government’s move. "Vietnam's escalating crackdown on freedom of expression has now reached the ranks of musicians, showing that even singing about ideas opposed by the government will see the offender condemned to a long prison term," Phil Robertson, deputy director of Human Rights Watch's Asia division, said, according to the Wall Street Journal.

In September, Vietnam sent three bloggers to jail for between four and 12 years on anti-government propaganda charges, the Wall Street Journal reported.