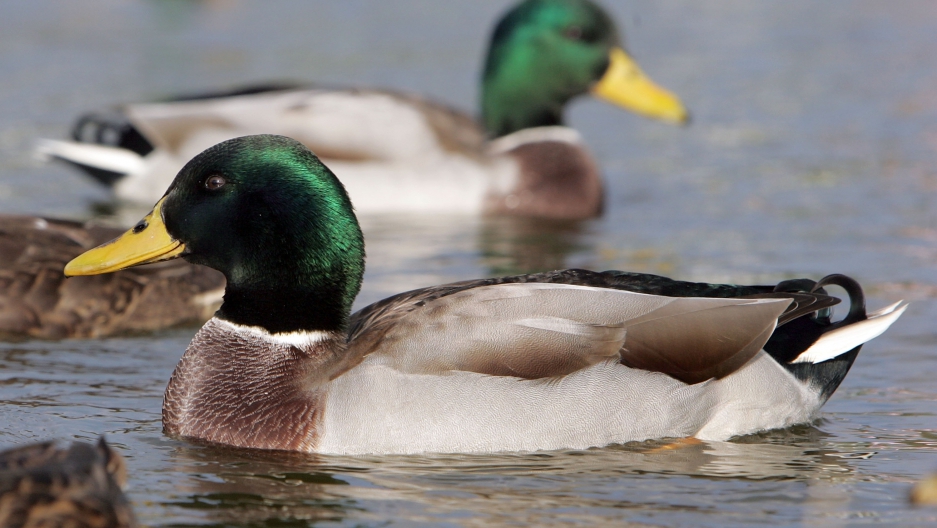 A Pennsylvania woman faces charges after she attempted to jump into a raging river to save wild ducks on Monday.
Credit: Christopher Furlong
Share

While altruism abounded up and down the US East Coast this week, one woman stands out for her unwavering commitment to saving local wildlife from the rage of Hurricane Sandy.

A 41-year-old Pennsylvania woman leapt into a raging river in her hometown of Glenrock apparently to save a gander of wild ducks.

According to the York Dispatch, the woman jumped into the river on Monday evening to save 30 to 40 ducks, leaving her four-year-old daughter on the banks of the river.

The child began to follow her into the water before being stopped by neighbors.

The neighbor ran to the local fire department and alerted them of the woman in the water.

It took eight firefighters to remove her from the river, which was flooding its banks.

The Associated Press reported that the woman was given first aid and an alcohol test revealed a 0.2 blood-alcohol level.

She was arrested and charged with risking a catastrophe, reckless endangerment, public drunkenness and disorderly conduct, said the York Daily Record.

The woman has since been released on a $5,000 unsecured bail.

It is unclear what happened to the ducks.