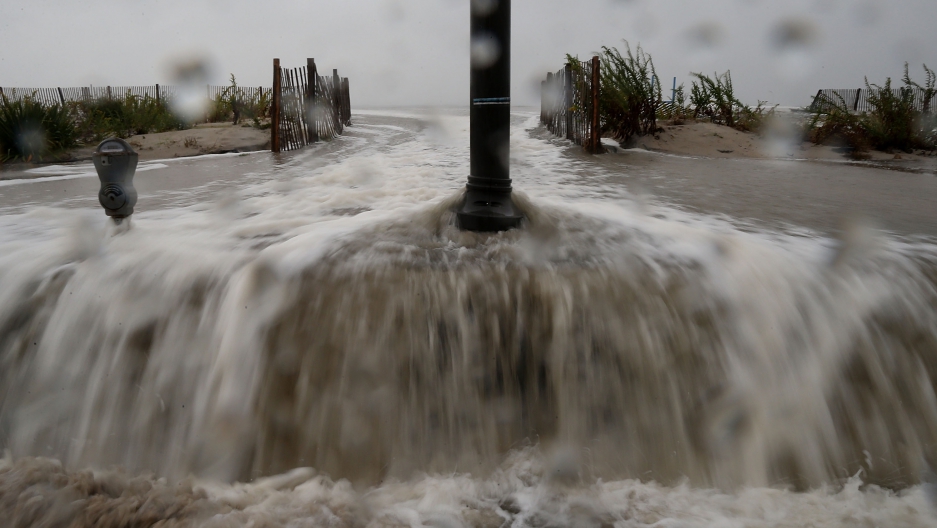 As millions of people on America's east coast brace for the full force of Hurricane Sandy, we take a look at its impact so far, and what to expect.

- Hurricane Sandy hit the Bahamas after claiming 21 lives in the Caribbean, including 11 people killed in eastern Cuba.

- New York declared a state of emergency ahead of the arrival of Hurricane Sandy.

- A State of Emergency declared in New Jersey, with fears it could bear the brunt of the hurricane.

- Death toll from Sandy rises to 66 as it moves from the Caribbean to US coastal areas.

- Schools ordered to close on Monday.

- 72 evaucation centres created around the city.

- Broadway theaters, The United Nations, and New Jersey casinos shut on Sunday night for 24 to 48 hours.

- Mayor Bloomberg said he ordered an evacuation of the low-lying areas along the edges of the city including parts of lower Manhattan, sections of Brooklyn and Staten Island, and the Rockaways in Queens.

- The New York Stock Exchange announced it would close the floor on Monday and suspend all trading.

- At 5 a.m., the huge storm was producing sustained winds of 85 miles an hour after turning due north, according to the National Hurricane Center.

- Thousands of New Jersey and Long Island residents woke to no power.

- 5000 homes and businesses in the Jersey area were without service, CNN reported.

- at 8 a.m., Sandy, a Category 1 hurricane, was 265 miles southeast of Atlantic City, New Jersey, and about 310 miles south-southeast of New York City, Maximum sustained winds were at 85 mph.

- According to the New York Post, at 4pm today, a seawater surge and high winds could create flooding in low lying areas.

- According to CNN, the hurricane is expected to make landfall between 8 p.m. and 2 a.m. on the Delmarva Peninsula or Jersey Shore.