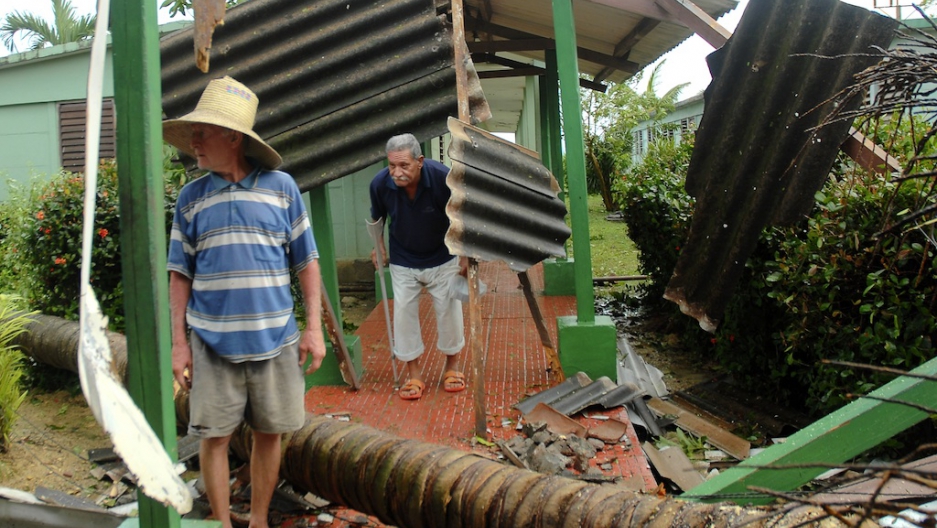 Elderly men look at the damage caused by hurricane Sandy in their retirement house in Cueto, Bayamo, 750 km east of Havana, on October 25, 2012.
Credit: STR
Share

Sandy hit Cuba on Thursday, just west of Santiago and left a "trail of destruction," the Christian Science Monitor wrote. So far the hurricane has claimed the lives of 11 people in Cuba alone. The last storm to devastate the country was Hurricane Dennis in 2005 which killed 16 people, Granma said.

More from GlobalPost: Which candidate will get Hurricane Sandy's vote?

"Everything's destroyed in Santiago. People are going to have to work very hard to recover," Alexis Manduley told Reuters.

Hurricane Sandy has killed a total of 69 people already in the Caribbean, 52 in Haiti alone, with an additional "two in the Bahamas, two in the Dominican Republic, one in Jamaica and one in Puerto Rico," according to the AP.