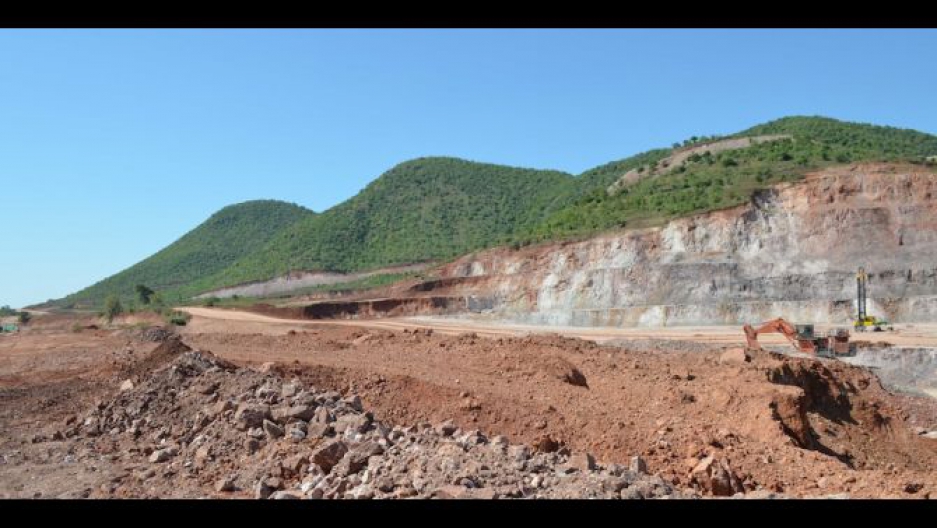 MANDALAY, Myanmar — There’s only one land route from here to China: via a pocked, crowded, dusty road that snakes its way over misty hills and down through treacherous river valleys before finally reaching Kunming, the capital of Yunnan Province.

Born of wartime desperation, the fabled “Burma Road” was constructed in 1937 by some 200,000 Chinese and local laborers using shovels and, when necessary, their bare hands. Two thousand died in the process.

“By 1938, where there had only been dirt tracks and jungle ravines, there was now a road capable of handling military lorries,” writes Thant Myint-U in his book, Where China Meets India: Burma and the New Crossroads of Asia. Britain thought the resulting convoys of materiel would allow the Chinese Generalissimo Chiang Kai-Shek to stave off Emperor Hirohito’s forces while the Allies organized the defense of Burma.

It was all for naught; a few months after bombing Pearl Harbor, Japanese forces swept north from Thailand and cut this vital link between the Chinese armies and the Allies.

But the Burma Road was not built in vain. The route serves as the gateway between Burma, also known as Myanmar, and the rising empire on its border. It is the central trade route between China’s voracious appetites for resources such as minerals, natural gas, water and food that it desperately needs to sustain its population of 1 billion people. Here China’s pervasive presence, its sophisticated exertion of soft power, is evident at every turn.

From the restaurants catering to Chinese traders to the trucks that bring raw materials out and cheap manufactured goods in, the signs of Chinese influence are everywhere along the Burma Road.

Burma and China share a 1,300-mile, mountainous border and a complex history of conflict and, more recently, cooperation. Waves of Manchu invasions were repulsed in the 18th century, and relations between the countries remained highly antagonistic in the wake of World War II. Mao’s regime supported a series of communist uprisings in Burma’s eastern hinterlands, helping fuel the world’s longest running civil war, the embers of which continue to burst into occasional conflagration. In the early ‘90s Chinese president Jiang Zemin put in place a series of economic reforms that led to invigorated trade and foreign policy throughout Southeast Asia.

But Burma’s ruling military in particular benefited from Zemin’s reforms. China cut off its support of communist insurgents and signed a major trade pact with Burma. Meanwhile, Western sanctions left Burma with few options. Suffering from a crippled, mismanaged economy and foreign exchange reserves drawn to zero, Burma turned to its traditional foe.

The results have been remarkable: Not only has China offered Burma considerable diplomatic cover, using its seat on the UN Security Council to veto resolutions intended to further isolate the ruling junta. It’s also been a regular source of the arms, large and small, that have kept the generals in power.

According to the CIA World Factbook, China is also, by far, Burma’s largest trading partner, accounting for over 20 percent of its exports and 40 percent of its imports. This hardly accounts for the flourishing illegal trade in everything from teak to jade to women, who are smuggled over the border to marry China’s surplus of single young men.

But trade, legal or not, is dwarfed by China’s foreign direct investment in Burma which has grown exponentially in recent years. Excluding Singapore, China invests twice as much in Burma as it does in any other Southeast Asian country. China’s pledges now exceed $20 billion annually, which would amount to nearly 50 percent of the country’s GDP.

None of this assistance comes without strings, of course. China consumed 9.4 million barrels per day in 2011, but that figure is expected to nearly double by 2030. According to the International Energy Agency, a whopping 85 percent of that will need to be imported. The country’s appetite for minerals, natural gas, and electric power are equally voracious. Burma not only offers some of the richest oil and gas fields in Asia, but a strategic location on what some Chinese diplomats call China’s “second coast.”

In this light, China’s enormous investments in Burmese energy development make sense. Various “state-owned enterprises” are spending $2.5 billion on a pipeline to deliver oil and gas from the Indian Ocean. China is already the world’s largest producer of hydropower, which accounts for 16 percent of its electricity. But its highly competitive, state-owned energy utilities have run out of rivers to dam.

In Burma they’re currently invested in some 63 hydropower projects. China Power Investments Corporation (CPIC) alone has proposed spending $20 billion on a series of dams along the upper reaches of Burma’s sacred heartland river, the Irrawaddy, or Ayeyarwady. And despite promises to the contrary, the vast majority of the electricity produced flows back to China. In the meantime, residents of major cities like Mandalay and Yangon suffer frequent blackouts. Rural Burmese have no access to electricity at all.

Now, in the wake of dramatic shifts in Burmese domestic politics, China faces a changed landscape. Burma — which occupies a strategic crossroads between two of the world’s great emerging powers, China and India — has enacted a series reforms that have opened a wellspring of diplomatic favor from Western countries, to say nothing of foreign investment held in check by decades of sanctions. All this poses a serious challenge to China, who is accustomed to free reign in their own backyard.

Bowing to internal opposition, in September 2011 Burmese President Thein Sein suspended construction on the $3.6 billion Myitsone Dam, the largest of China’s projects in Burma. The action took Beijing by surprise and according to one Chinese energy analyst, “humiliated” the primary investor in the project, CPIC. Suddenly, the safety of all of China’s projects in the country seemed in danger.

Sein has deftly managed to make his country a hotly contested flashpoint for influence, in which America, China, and India will all jockey for military and economic dominance, and multinational companies bid to develop and extract Burma’s natural resources. But as we discovered on a recent reporting trip, China has managed to quickly pivot and change how it does business in Burma. If Sein’s moves are meant as a message — don’t take us for granted — China received it.

“The Chinese play by the rules,” says David Steinberg, a professor at Georgetown University and longtime Burma scholar. “When the rules change, so do they.”

We disembarked in Mandalay, the onetime royal seat of the proud Konbaung Dynasty. The palace was reduced to ashes in World War II, and in recent decades the downtown has been bought up by Chinese investors. Shop signs feature Chinese characters, consumer goods bear Chinese brand names, and the gem markets—in which Burma’s famous jade and rubies trade hands — are populated by well-dressed Chinese businessmen in from border towns like Ruilli in Yunnan Province.

Anti-Chinese riots broke out in Mandalay in the late ‘60s and ‘70s, but that did little to stem the tide of immigration by Chinese nationals, which the Brookings Institution estimated at 30 to 40 percent of Mandalay’s total population. According to Irrawaddy, an independent Burmese newsmagazine, Chinese businessmen can easily bribe poorly paid government officials to obtain ID cards, which have allowed them to buy up real estate. This in turn has led to a housing boom in cities like Mandalay and Rangoon that have priced all but the elites out of the market.

Local students complain that the new private schools attended by the children of these new Chinese elites are vastly superior to the public schools, deepening a sense of anger and exclusion.

This perceived imperialism has led to a resurgence of anti-Chinese sentiment: In June of last year Burmese protestors stormed a Chinese-owned jewelry store.

But rubies and jade are mere baubles compared to China’s primary interest, which is energy. China’s long economic boom has been fueled by oil, gas, coal and other energy sources, the consumption of which has grown 150 percent over the last 10 years and caused China to overtake the US as the world’s largest energy user.

China has moved aggressively to ensure future growth, developing the energy resources of neighboring countries like Burma. Those projects lie outside Mandalay, along the Burma Road.