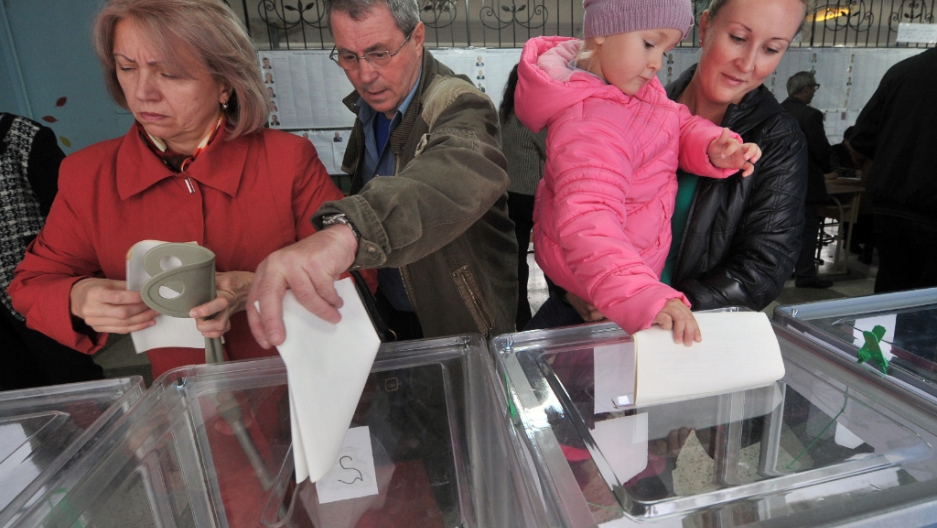 Ukrainians cast their ballots at a polling booth at a station in Kiev on October 28, 2012 during national parliamentary elections. Ukraine voted on October 28 in legislative polls seen as a test of democracy under President Viktor Yanukovych following the jailing his political foe Yulia Tymoshenko.
Credit: Genya Savilov
Share

All eyes are on Ukraine today as the nation votes in parliamentary elections -- and given the amount of international attention, guess it's no surprise that a Panda decided to take part.

It's not like the world usually pays close attention to the make-up of lawmaking bodies in the former Soviet state, but this election is seen as a critical test of civic freedoms in Ukraine following the country's controversial presidential election and disturbing corruption record.

The West is also eager to jump on any opportunity to wield influence over Ukraine's current leader, pro-Russia Viktor Yanukovich, as evidenced by this suggestive letter to him from top US and EU officials. Ukraine is a critical go-between for Russian gas supplies to Europe.

But more serious talk on the election here.

Now, on to the Panda -- or to be precise, Panda costume (hey, it's almost Halloween), which comes courtesy of Radio Free Europe/Radio Liberty's excellent liveblog on the Ukrainian elections: