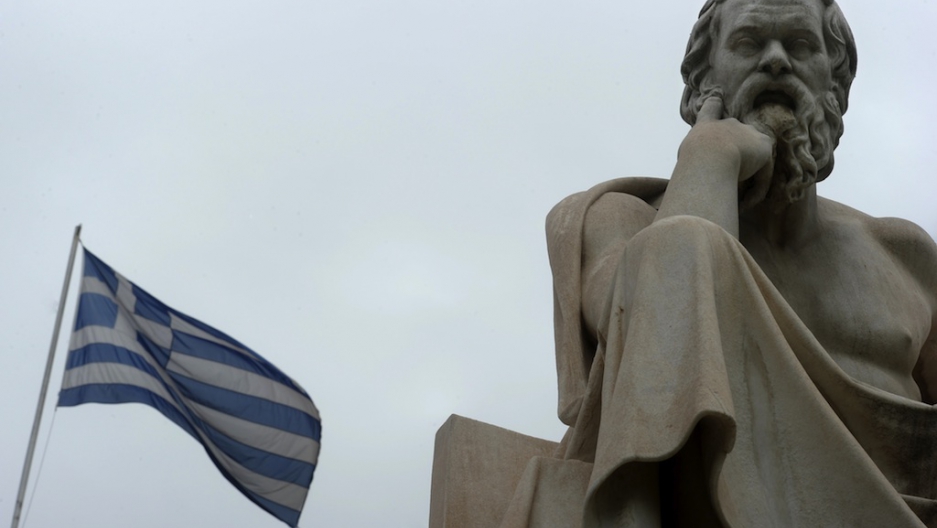 A Greek flag flies next to a statue of ancient Greek philosopher Socrates in the center of Athens.
Share

Greek journalist Kostas Vaxevanis has been arrested after publishing a list of about 2000 Greeks who hold accounts with HSBC bank in Switzerland.

Vaxevanis, who has been charged with breach of privacy, said the list he published is the same one that was given by the then French Finance Minister Christine Lagarde to her Greek counterpart, Giorgios Papakonstantinou, according to BBC News. Many of those named on the list are said to be prominent Greeks, and are suspected of using the accounts for tax evasion.

The editor of Greek magazine Hot Doc and one of the nation's most famous investigative journalists was arrested in Athens today, according to a message posted on his Twitter account at 11 a.m. local time, reported Businessweek. An arrest warrant was issued yesterday after the magazine published the controversial list.

The Lagarde List originally came from an employee of the HSBC bank in Switzerland, according to RFI. It revealed details of around two billion euros of deposits at the HSBC branch in Geneva. The list went viral on the internet and named three former ministers, several politicians and Stavros Papastavros, an advisor to Greek Prime Minister Antonis Samaras. It also contained the names of civil servants working at the Finance Ministry, several well-known businessmen, students studying abroad, pensioners and housewives.

Vaxevanis posted a message on his Twitter account before his arrest saying that 15 officers had surrounded the home of a friend with whom he had been staying "like Greek storm troopers in German uniforms," reported The New York Times.

He then tweeted: "They’re entering my house with the prosecutor right now. They are arresting me. Spread the word."

According to the Times, he was released from Athens police headquarters hours later to loud cheers from a crowd outside. His trial date will be set on Monday.