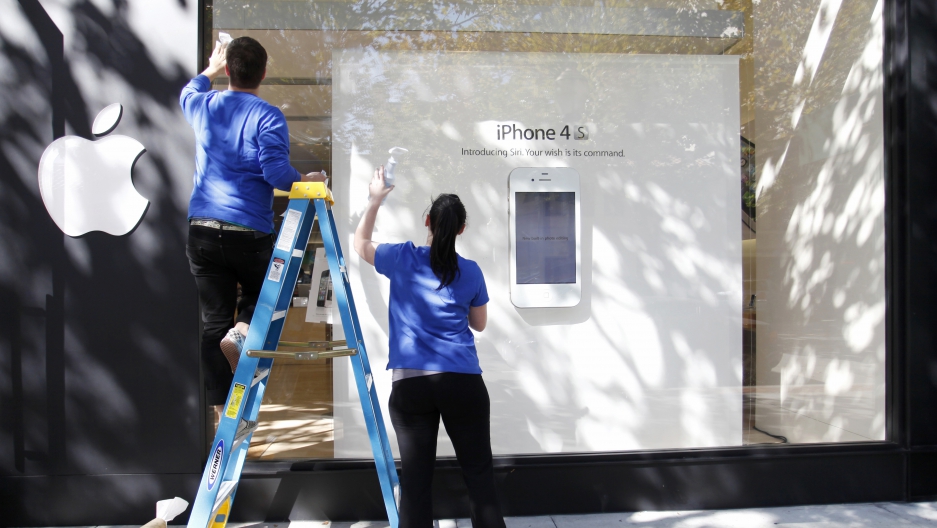 Apple has opened a new store on University Avenue in Palo Alto, in the heart of California's Silicon Valley, and less than two blocks from its previous retail location.

According to PC Advisor, several hundred people lined up and began clapping and cheering as the first customers were welcomed through the door at 10 a.m.

The store, which was kept hidden under black sheeting until Saturday's opening — attended by Apple CEO Tim Cook — has the familiar all-glass facade and roof.

According to SiliconValley.com, it is 70 percent bigger than the older store, opened in 2001, and includes a briefing room in the back that allows business customers to work closely with Apple employees.

The "360 Genius Bar" is 25 feet long, allowing customers and staff to sit next to each other around a communal table.

Geonzon, 17, had last month waited in line outside the previous store for three full days to be the second person to buy the new iPhone 5.

SiliconValley.com interviewed, Abbi Vakil, of Mountain View — a hardware engineer who designs accessories for Apple products — was the first to buy an Apple product on site: an iPhone cross-generational adapter. He said:

"I wanted to be one of the first to come into the store, because it will never be this new again."

The Mercury News reported that children, teens and adults queued on the promise of a free T-shirt to the first 1,000 customers.

SiliconValley.com also reported that a large Apple store was rumored to be opening in early 2013 next to Neiman Marcus at the Stanford Shopping Center, about 20 feet away from a brand new Microsoft store.