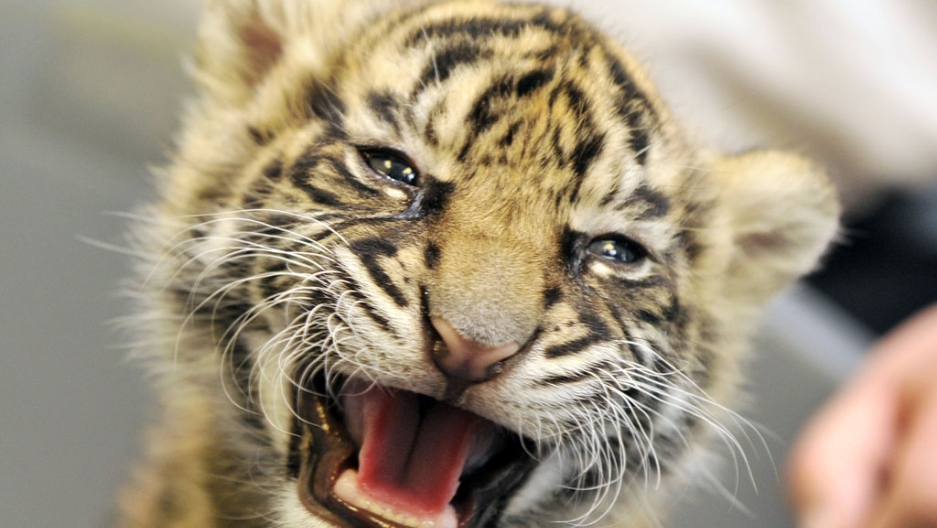 Thai police arrested a man driving a truck with 16 tiger cubs packed into plastic crates hidden in the back.

The arrest happened as the man tried to avoid a highway check-stop near Thailand’s border with Laos, The Associated Press reported.

He told police someone paid him $500 to transport the animals.

A wildlife center is now taking care of the cubs.

More from GlobalPost: Tigers in Nepal hunting at night to avoid humans

The 52-year-old suspect’s trip began in Bangkok, but BBC reported that he told police he didn’t know the names of those who paid him.

Eight plastic crates with holes in them held the animals, believed to be between six weeks and two months old, BBC said.

Tigers are often smuggled and slaughtered for use in traditional Chinese medicines, with Thailand a hub for the illegal activity, The Daily Mail said.

BBC said only about 6,000 tigers remain in the wild.

The 13 countries with wild tigers agreed earlier this year to cooperate better to combat smuggling.

More from GlobalPost: Leopard poaching worse than expected in India