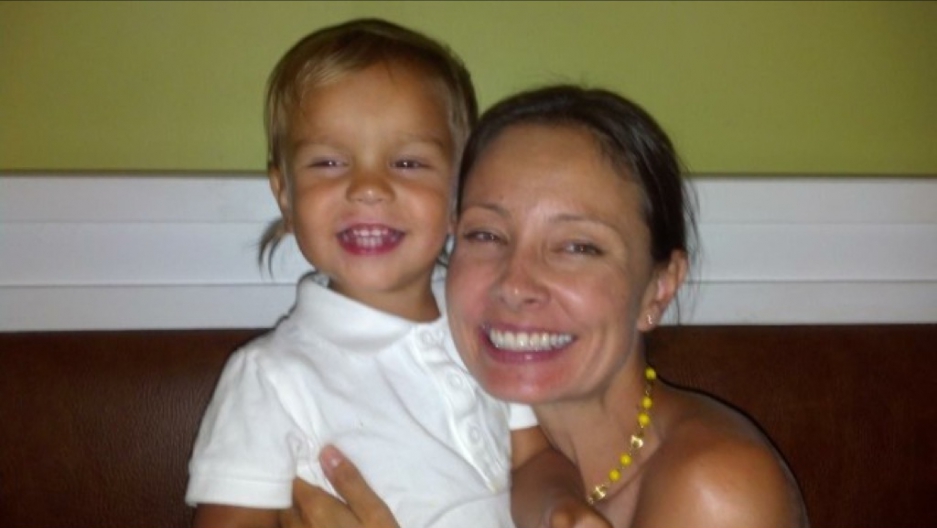 Maria Krim with son, Leo, 2, who was stabbed to death.
Share

NEW YORK — New details are emerging in the case of a New York City nanny who allegedly stabbed to death two young children.

Police said Marina Krim, the mother of the two young children, actually witnessed the woman take a knife to her throat and slit her wrists upon arriving home Thursday afternoon, ABC News reported.

At a press conference on Friday, Police Commissioner Ray Kelly said the 50-year-old nanny Yoselyn Ortega remains in the hospital on feeding tubes and police have yet to question her to determine a motive for the deaths.

USA Today reported police remain at the crime scene, which is in one of New York's safest neighborhoods, a block from Central Park, and home to many affluent families.

Police Commissioner Raymond Kelly said it was unclear how long Ortega had worked for the family.

The New York Times reported Ortega, who has not been charged, lived with her son, her sister and a niece in Harlem. Her family had indicated she had been acting differently in recent weeks. They told the police she may have visited a psychologist recently or was considering making an appointment.

Even so, the police are yet to find any problems she had with the Krims or their children.

“No fighting with the mom, the family, the kids,” the official said. “Everybody is looking for a reason here."

In a February entry, The New York Daily News said Krim wrote about visiting their nanny's family in the Dominican Republic, who she referred to as Josie.

"We met Josie's amazing familia!!! And the Dominican Republic is a wonderful country!!" she wrote.

In an entry from May, she describes Leo's obsession with his new Crocs.

"Even at nap time -- Josie, our nanny, took them off and he screamed bloody murder, so she put them back on and he went right to sleep," she wrote.

As Ortega remains in a critical condition in hospital, the family is in shock at the senseless killings.

From all accounts, the Krims were the picture perfect family.

Married with three children, Lucia, 6, Nessie, 3, and little Leo, 2, their mother, Marina Krim, taught children art classes and her husband, Kevin was an executive at CNBC.

But their idyllic life was shattered last night when Marina Krim returned home to find Lucia and Leo stabbed to death in the bathtub, allegedly by the family's nanny.

The devoted mother, so enamored with her children, kept an online journal in which she posted photographs and short stories of the children's escapades and family life.

In one entry, Krim says that after dropping her two older children at school she cherished the "3 precious hours with little" Leo.

Among the entries, the couple's daughter, nicknamed Lulu, was described as loving "art projects, ballet and all things princess." Her younger brother was said to be just learning how to walk.

The New York Post reported the Krims had moved to New York from San Francisco within the last few years, and were living an expensive Manhattan area on the Upper West side.

Kevin Krim, who earlier this year was promoted to general manager of CNBC's digital media division, was returning home from a business trip when he was met at the airport by police, USA Today reported.

The network issued a statement, saying: "A member of the CNBC family has suffered an unimaginable loss. The sadness that we all feel for Kevin, Marina and their family is without measure. Our thoughts, prayers and unwavering support are with them all."