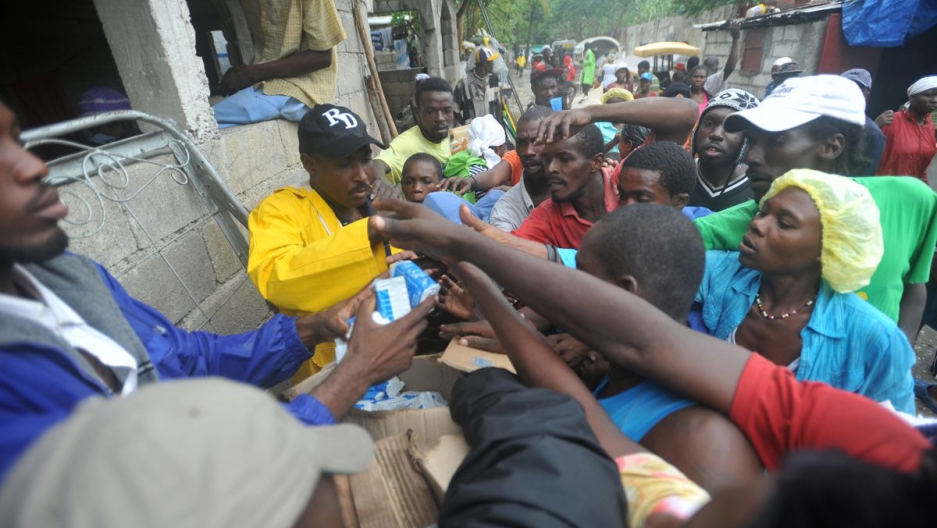 Tropical cyclone Sandy today reached hurricane strength today amid warnings from forecasters that conditions make for a "super storm" barreling straight toward northern US coast, according to Reuters.

The storm hit Florida on Friday after whipping Cuba, killing at least 40 people, and is expected to touch down in Delaware early Tuesday, said the Associated Press.

AP listed five major reasons why Sandy is expected to be one of the worst storms in decades: 1) it's a hurricane, 2) it's set to combine with another winter storm hanging out nearby, 3) then it's set to pick up Arctic winds, 4) next comes a full moon -- thus, high tides that in turn threaten higher storm surges, 5) with winds expected to reach 74 miles per hour, the storm promises to wreak havoc on the coast's power supply lines.

Forecasters earlier downgraded the storm a tropical storm, but moved it up to hurricane category today, said AP.

New York Governor Andrew Cuomo on Friday declared a State of Emergency on Friday as Sandy — which one expert likened to the "perfect storm" of 1991 — leveled homes across the Caribbean.

The New York Daily News cited city officials as saying Friday they were considering evacuating as many as 375,000 New Yorkers as the Category 1 storm aimed for the East Coast, possibly hitting anywhere between Chesapeake Bay and southern New England.

ABC News cited meteorologists as saying that Sandy was turning into an "extra-tropical cyclone" and would bring 50 mile-per-hour winds, rain and storm surges.

“It really could be an extremely significant, historic storm,” said Brian McNoldy, a senior research associate at the University of Miami told The New York Times, adding that conditions were similar to those that created the famous "perfect storm" of 1991.

Sandy was expected to meet Tuesday with a wintry storm moving across the US from the west and frigid air streams south from Canada, CBS reported.

"The Perfect Storm only did $200 million of damage and I'm thinking a billion [this time]. Yeah, it will be worse."

“We expect a long-lasting event — two to three days for most people," James Franklin, branch chief of the National Hurricane Center, told the Times. It was "a very large system," he added.

More from GlobalPost: Hurricane Sandy, Frankenstorm, Snowicane: Call it what you will — forecasters say US storm could be huge