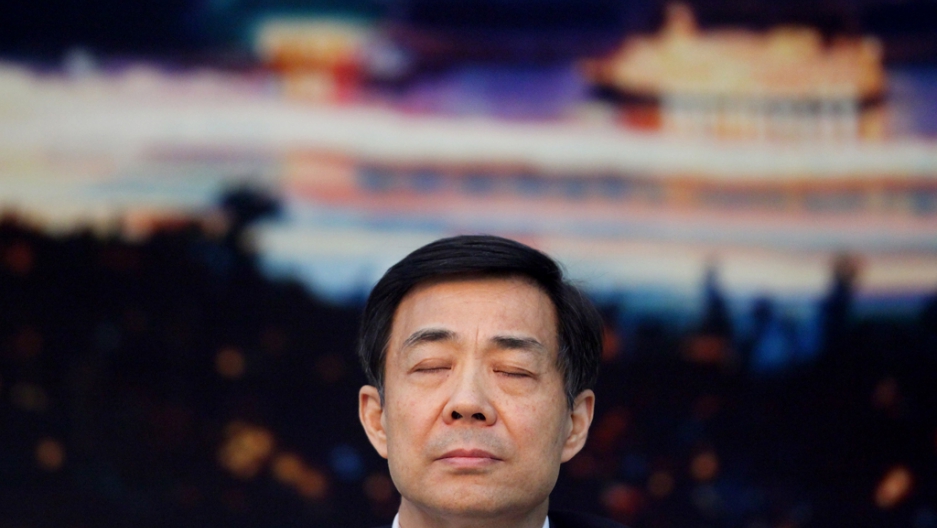 Forder Chongqing Municipality Communist Party Secretary Bo Xilai attends a meeting during the annual National People's Congress at the Great Hall of the People. His son, Bo Guagua, who has come under scrutiny for his lavish behavior, was cited by name in the official document dismissing Xilai from power.
Credit: Feng Li
Share

Bo Xilai’s fall from grace — a stunning implosion that began with accusations his wife murdered a British executive — continued in China Friday as that nation’s parliament expelled him from office.

The Communist Party had expelled Bo a month ago, Bloomberg News reported, making this latest development a mere formality.

The one-time power broker will now faces charges of his own related to abuse of power, Bloomberg said.

There is no word on when Bo’s trial will begin, especially since the Communist Party is trying to avoid distraction from a major political event.

Two weeks from now, the party congress will choose a new generation of leaders, something it does every decade.

More from GlobalPost: China's communists attempt to exorcize a comrade in Bo Xilai

At one time, Bo was widely expected to accept a significant role within the party during the congress.

That was before a court sentenced Bo’s wife, Gu Kailai, to death with a two-year reprieve for Neil Heywood’s murder.

Prosecutors have not announced Bo’s charges, but late last month the party referred to Bo accepting bribes and carrying on extramarital affairs as reason for his dismissal.

The AP said the accusations against Chongqing city’s one-time most powerful man date back more than a decade.

Bo, however, still has his supporters among those who favor traditional economic equality in China. They call his charges nothing but political theater.