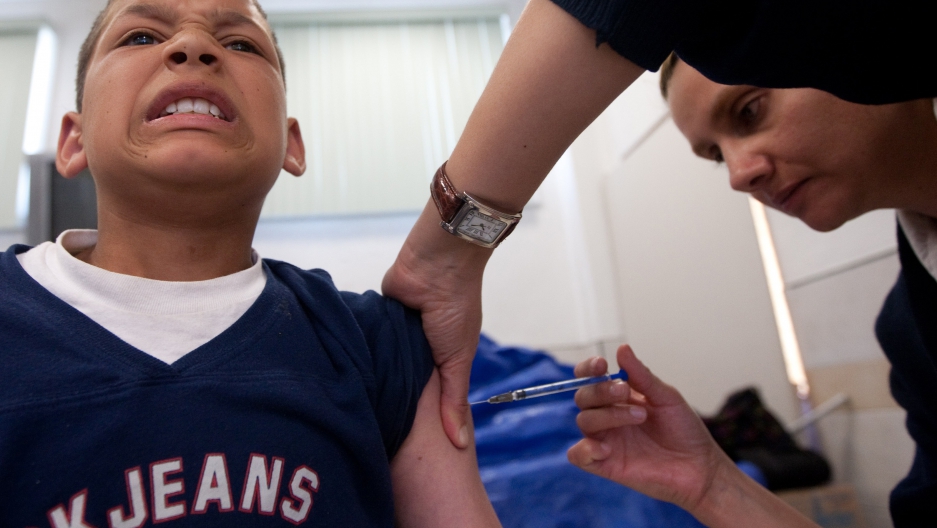 A boy is vaccinated during a day of the vaccination campaign against Influenza A H1N1 Virus (swine flu) in Ciudad Juarez, Mexico, on March 28, 2011.
Credit: JESUS ALCAZAR
Share

Several European countries have banned the sale of some flu vaccines manufactured by Swiss pharmaceutical company Novartis after white protein particles were found in the vaccines, Reuters reported.

Today, Spain announced it would do the same, Reuters reported. "Some of the affected batches have already been sold in Spain and other European countries, without any recorded increase in adverse reactions," the Spanish Medicines and Health Products Agency (AEMPS) said in a statement, according to Reuters. "Nevertheless, as a precautionary measure and until there is a full report detailing the origin and extent of the problem, we have decided to halt all specimens of both vaccines."

Novartis executives maintain that the vaccines are safe, the AP reported. "Novartis confirms that these particles can occur in the vaccine manufacturing process and is confident that there is no impact on the safety or efficacy of the vaccine," the company said in a statement today, according to the AP.

The suspension adds to Novartis’s manufacturing woes. The company in January temporarily closed a factory in Lincoln, Nebraska, that makes the Excedrin headache remedy, the Lamisil gel for athlete’s foot, and Sentinel, an anti-flea product for dogs, because of quality concerns.