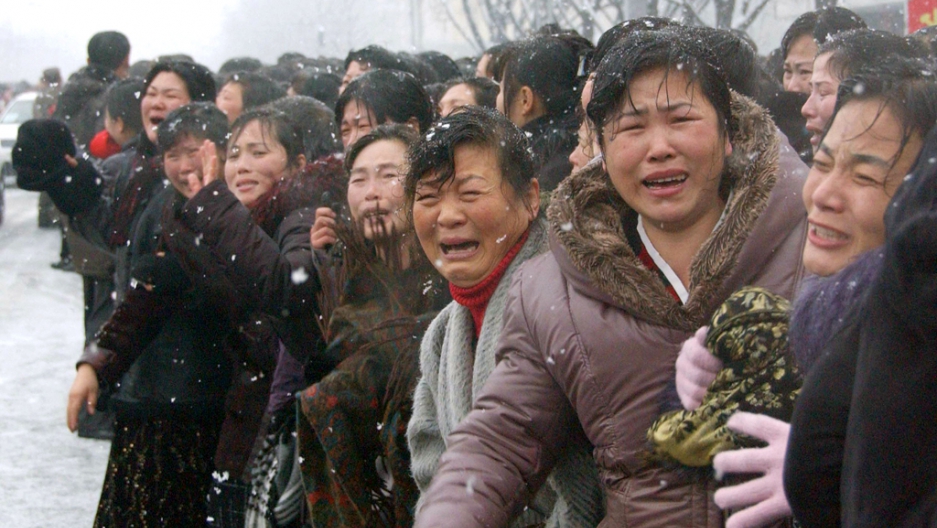 In this photo taken on December 28, 2011 mourners react as a car Kim Jong-Il's body passes by during the funeral procession in Pyongyang. AFP PHOTO / KYODO
Credit: KYODO NEWS
Share

Unfortunately, military officer Kim Chol had to learn that lesson the hard way.

Chol was executed with a mortar round for the crime of drinking alcohol during the official mourning period for deceased leader Kim Jong Il, in an execution that likely has given a very stark message to his colleagues in the North Korean administration, reported the Telegraph.

Kim Chol was apparently reduced to a smoking grease-spot in January, and news of this particularly graphic execution only emerged now. The execution was part of current North Korean leader Kim Jong Un's reported purge of offending military officials in an effort to prove his authority after his father's death.

The Chosun Ilbo reported that Kim Jong Un requested that “no trace of him behind, down to his hair," of Kim Chol.

According to the Australian Herald Sun, the young Kim —who is around 28 or 29—said that he wanted "no trace" of Chol left behind. A mortar shell will achieve that sort of thing.

The Daily NK reports that 31 top officials have been unceremoniously removed from their jobs since Jong Un's ascent to power.