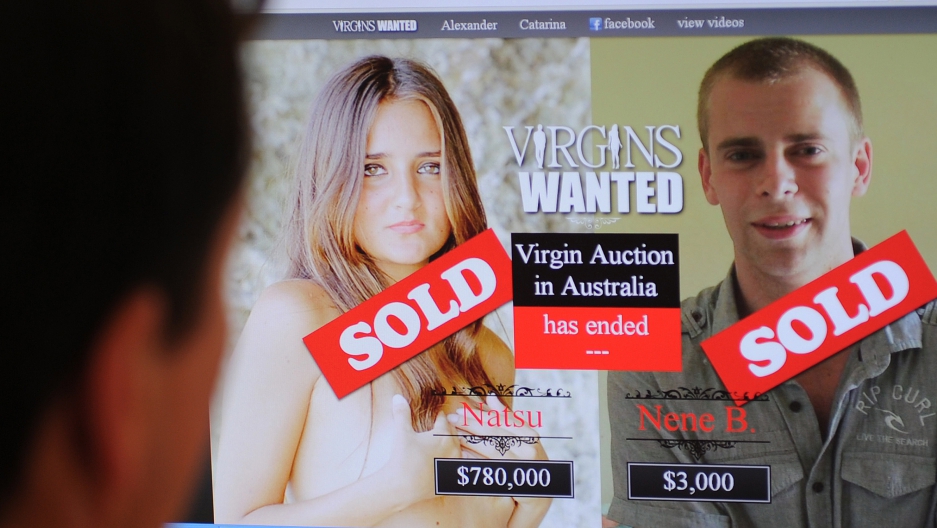 Does selling one's virginity make her (or him) a prostitute?

Not according to Brazilian student Catarina Migliorini, who just auctioned off her virginity For $780,000.

"I saw this as a business. I have the opportunity to travel, to be part of a movie and get a bonus with it," Migliorini told the Folha newspaper.
"If you only do it once in your life then you are not a prostitute, just like if you take one amazing photograph it does not automatically make you a photographer."

Migliorini's virginity went up for sale as part of a project by filmmaker Jason Sisely, who reportedly began his project in 2009 and caused outrage when he put posters up in Sydney and Melbourne saying "Virgins Wanted", according to Business Insider.

Migliorini will now be "delivered" to her buyer, only identified as a Japanese man named "Natsu" in Australia. According to the Huffington Post, Natsu beat out five other bidders in the final day of bidding where the price of Migliorini's virginity jumped from $190,000 on Oct. 23 to the final $780,000 bid.

Migliorini said she will use the money made from the project to help build homes in her area for those in need. She told Australia's News.com, "I’m a romantic girl at heart and believe in love. But this will make a big difference to my area."

Migliorini wasn't the only one up for bid as part of Sisely's project. Alex Stepanov, a man from Sydney, only racked up a $3,000 price tag from a woman in Brazil named "Nene B."