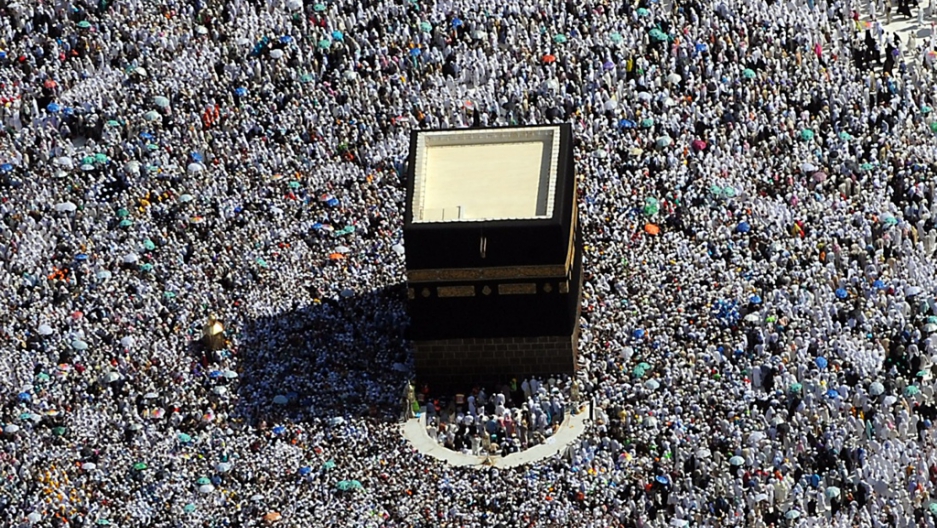 Muslim pilgrims walk around the Kaaba in the Grand Mosque in Mecca during the annual Hajj.
Share

Every good Muslim is supposed to make the journey to Mecca in Saudi Arabia— but Bosnian Muslim Senad Hadzic went one better. Hadzic decided that he'd walk to Mecca from his northeastern Bosnian town, in an epic journey encompassing seven countries and 3,540 miles.

AFP reports that the 47-year-old Hadzic successfully arrived in Mecca on Monday, and claimed that was not feeling particularly tired - but instead that "these are the best days of my life."

The journey took him 314 days, according to Hadzic's Facebook page, beginning in December 2011 and only ending this month.

Read more from GlobalPost: Going for the hajj? Yeah, there's an app for that

Hadzic's Facebook page certainly makes for interesting reading: he successfully passed through Syria in April, managing to escape unscathed from the vicious civil war violence that is encompassing the nation.

According to MuslimVillage, Hadzic took little money with him and has largely relied on the kindness of others to see him through his journey, and he noted he experienced great kindness from locals in Christian Serbia.

“The point, my friend, is learning the meaning of ‘thank you’. The poor people who live in the countryside love God and support me with generosity. The rich people in the cities love their ATMs,” Hadzic told MuslimVillage.

The Hajj began on Wednesday this year, and is projected to attract three million pilgrims, according to the Daily Star.

Here's video of Hadzic in Jordan: