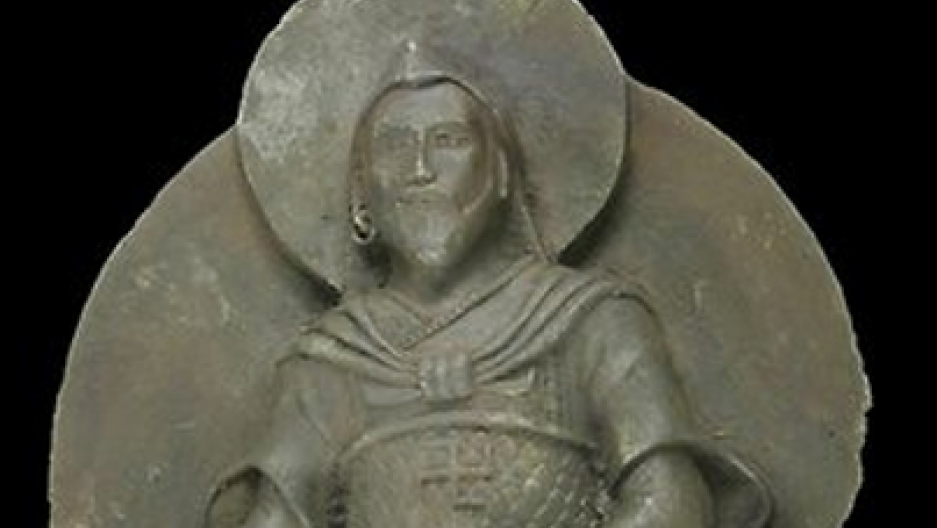 A Buddhist statue found by the Nazis in Tibet called Iron Man was found to be a meteorite, says a new study.
Credit: Elmar Buchner/Stuttgart University
Share

It was earlier reported that the iron statue of the Buddha was acquired on a secret Nazi mission to Tibet in the 1930s—where SS chief Heinrich Himmler was convinced the Aryan people had originally originated.

The Nazis prized the curious statue for the swastika carved into the images chest (irregardless of the reality that the swastika is an ancient Buddhist symbol, with zilch relation to 20th century fascism).

It disappeared into a private collection until 2007, when it came into the hands of another private owner curious about its origins, discovering that it appeared to be hewn from a meteorite.

It's a remarkable story, but as it turns out, it's mostly false—although the Buddha is indeed most likely carved from a meteorite.

According to the Guardian, experts on Tibet suspect the image contains "pseudo-Tibetan" symbols, indicating that it may not be in the region of 1,000 years old as previously believed. In fact, it's more likely the statue was carved in the 20th century as a European counterfeit, said Buddhism expert Achim Bayer.

And then, there's the Nazi bit. A German historian noted that the statue's discovery was not recorded in the list of objects the Nazis brought from Tibet—suspicious, considering that such a find would likely warrant futher commentary.

On the bright side: Nazi Buddha from Space would make an excellent name for a rock band, regardless of the authenticity of the object itself.