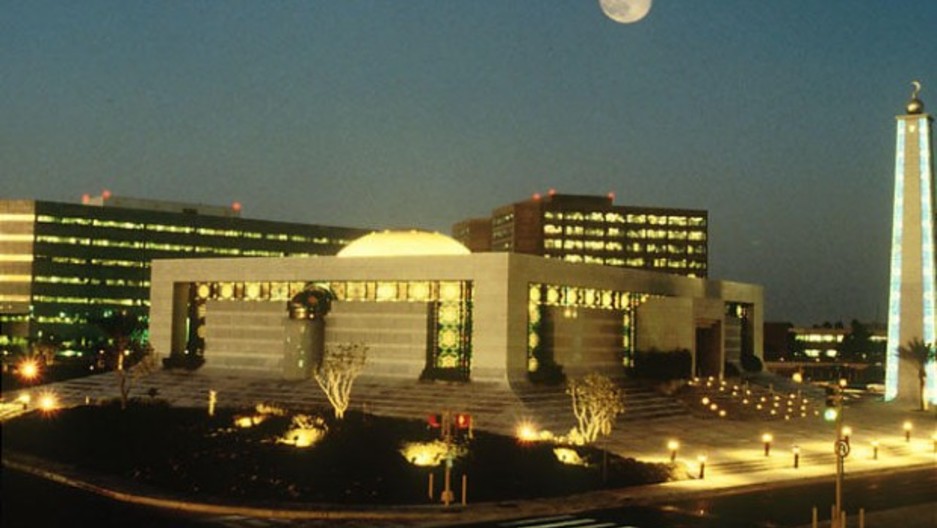 Share
Wednesday's Geo Quiz comes with an excellent view of the Persian Gulf. We're looking for a city that's a major oil port in Saudi Arabia's Eastern Province. It's home base for the Saudi oil and natural gas company Saudi Aramco. The company may be the world's most valuable company – all $800 billion worth of it. Aramco owns several massive oil fields, including the world's largest, the Ghawar Field. Aramco is in the news because of a cyberattack on the Saudi oil giant that's reverberating in Washington. But, for Wednesday's quiz, can you name the Saudi city where Aramco is headquartered? The Saudi Arabian oil giant known as Saudi Aramco is headquartered in the eastern city of Dhahran. A massive cyber attack against Saudi Aramco took place back in August. Details are still emerging, but the sophisticated scheme involved a computer virus known as Shamoon that wiped out data on three-quarters of Aramco's computers. The US Secretary of Defense Leon Panetta has called it " a significant escalation of the cyber threat." One theory coming from computer security experts is that Iran may have been behind the attack, and that view is reverberating in Washington. Reporter Dan De Luce who covers the Pentagon for the AFP news agency says the Saudi Aramco cyber attack is definitely on Washington's radar.