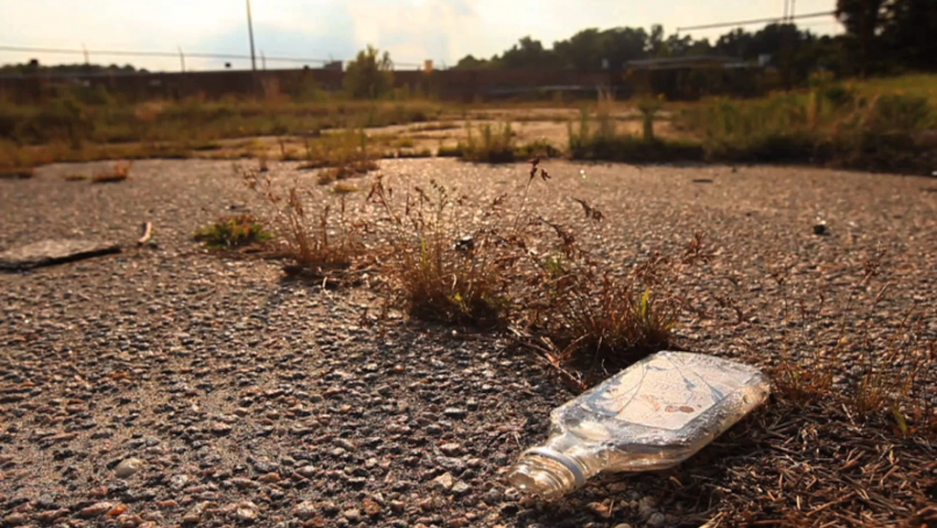 The American middle class is in decline. But that's not the whole story.
Credit: Solana Pyne
Share

BOSTON — There is a deep unease spreading across the United States of America.

As anyone who's living through it can tell you, the nation’s middle class — the backbone of the world's largest economy — is in distress.

Median income and net worth are falling.

Millions of houses languish in foreclosure, or drown under mortgages that exceed their market values.

Meanwhile, the ascendance of China, India and other rising powers is challenging America’s leading role in a highly competitive and increasingly interconnected global economy.

In short, America's middle class is being gutted by a variety of complex and interrelated factors, and this economic pain is increasingly evident to those at its ruinous center.

According to an August survey by the Pew Research Center, 85 percent of middle-class Americans believe it is more difficult to maintain their standard of living today than it was 10 years ago.

“The good-paying jobs that underpinned a way of life have been replaced by part-time or minimum-wage jobs,” write Donald L. Bartlett and James B. Steele in their 2012 book The Betrayal of the American Dream. “As steady work disappears more and more people work under contracts, wages go down, and of course some have no work at all,” they add.

This seismic shift is decades in the making and transcends Democratic and Republican parties and politics, despite the efforts of both the Obama and Romney campaigns to turn middle-class pain into political gain.

These declines were greatly exacerbated by the Great Recession of 2008, which shattered the US job and housing markets, a key source of middle class income and wealth.

But regardless of its causes, the implications of this economic shift are profound. They should also be troubling for all Americans.

As this middle hollows out, millions have fewer financial resources for their families, and less spending power to help fuel the consumer-based US economy.

Millions more are losing hope that their country can provide good jobs now or in the future.

And as the socially divisive Occupy Wall Street movement has underscored, many people are questioning the very ideals that constitute America – along the way exacerbating an unhappy divide between the rich, the poor and those in between.

But despite the enormity of America's problems, this is not the whole story.

Over roughly the same period as the middle-class decline in the US, huge numbers in the developing world have enjoyed substantial increases in their standards of living — notably in China and India, as well as in other countries in Asia, Latin America and elsewhere.

While the Great Recession has challenged some of these high-flying economies, the long-term trend is clear: more people around the world are ascending into the middle class, in many cases by doing the jobs once held by Americans.

According to scholar Cheng Li of the Brookings Institution Press, by the year 2030 "5 billion people — nearly two-thirds of the global population — could be middle class."

America the Gutted: A global investigation

How is this complex trend playing out in shuttered factory towns across America?

How is it changing lives — for good and sometimes ill — in the emerging boomtowns of the developing world?

What is the future for the middle class in the US, and for those aspiring to middle-class status around the world?

These thorny questions and more are the focus of a 10-month GlobalPost investigation, America the Gutted.

To put a human face on this macroeconomic phenomenon, we examined three iconic American industries – denim, iron and law – and what’s happening to those workers in the US and around the world.

In each case, we found struggle and hardship in the US, hope and economic progress overseas, and greater uncertainty for almost everyone.

When in 2003 Wrangler’s parent company VF Corp moved production to Manila, Bell and more than 350 other workers lost their jobs. Today, median household income in Bertie Country, home to Windsor, has fallen to $29,110, or about half of what it is for the US as a whole.

A mirror image of Bell’s challenges is Fely Curameng, a Filipina peasant-turned-factory boss who rode the US outsourcing wave to a prosperous middle-class lifestyle – at least for a little while.

“I had four factories running, 1,300 workers, all of them sewing clothes for Americans,” she told GlobalPost’s Patrick Winn.

Curameng was so grateful for the new opportunities she named her daughter “Epza,” a nod to the state-run “Economic Processing Zone Authority” that helped build her mini-empire. But her riches were short-lived and as capital moved on to even cheaper locations, Curameng is now struggling, too.

The trend has also hit another former US manufacturing strength: iron and bridgebuilding.

In this project you’ll travel to America’s Pacific Northwest to meet industry veterans like Dean Stoddard who, due to competition from lower-wage workers in China, is today attempting to salvage his dwindling economic prospects.

“I’m still hirable in the sense that I’m a smart guy, I think. I’m a hard worker, but I’m 50,” Stoddard told Pyne. “But (potential employers) look at you and think, well you’re going to drop dead in ten years or something.”

On a small industrial island near Shanghai, former farmer Wang Pei is now doing the same job – and working some of the same projects that Stoddard used to rely on – including the rebuilding of the San Francisco-Oakland Bay Bridge.

Wang's perspective on the trend is practical, and unsympathetic to workers in the United States.

“America should be proud because they saved money by doing (the Bay Bridge) in China,” he told GlobalPost’s Benjamin Carlson and Jonah Kessel.

Even the staid and stable law industry isn’t immune to this seismic global shift.

Take Nitan Jain, who works on the outskirts of New Delhi as an LPO manager. The law business is booming, and Jain has now earned enough to renovate his home and spring for other middle-class luxuries.

“In day to day life, you don't have to think twice about things you want to own – a big LCD, better furniture, all those things,” he told GlobalPost’s Jason Overdorf.

So what did we learn over these past 10 months, as we traveled from America’s struggling heartland to these new and bustling economic capitals?

Times are tough, indeed, for many Americans. The hollowing out of the center is altering the lives of millions of people, perhaps inexorably. It is creating severe economic hardships, while threatening the future hopes and dreams of millions in the world's largest economy.

It is also presenting significant revenue problems for US companies, many of which rely upon the spending power of this key consumer group to drive profits and fuel growth.

Moreover, this great economic shift has sparked enormous political and policy challenges for a bitterly-divided government in Washington, DC as both parties fight about what, if anything, can be done to heal this wounded middle – particularly as government debts and deficits rise.

Outside of the US, the trend has undoubtedly helped millions of people pull themselves from poverty, boosting living standards and quality of life in all corners of the world. For millions, it has resulted in profound changes. They are living longer, healthier lives. They are better educated. As they gradually ascend to the middle class, they are in many ways replacing what the United States is losing.

Yet these gains remain tenuous. Working conditions are often poor. Pay is often too low. Government social nets are weak. And job security can be fleeting.

Welcome to America the Gutted.