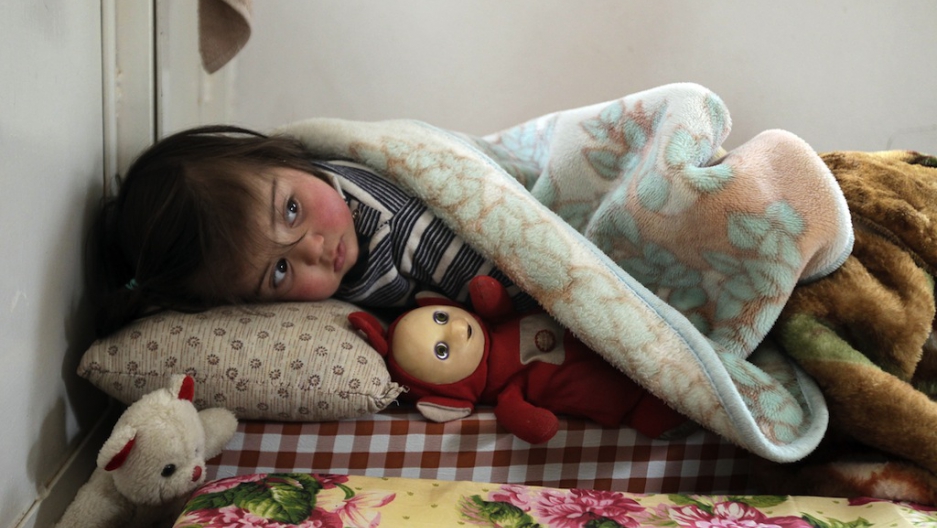 A Syrian girl who fled the violence in Syria sleeps with a doll at a shelter housing refugees in the Lebanese city of Arsal in the Bekaa Valley on March 26, 2012.
Credit: Joseph Eid
Share

As the civil war between Syrian President Bashar al-Assad and the disparate Free Syrian Army continues, Syrian refugees pour into neighboring countries like Jordan and Turkey.

"As of yesterday, the number of refugees was 101,283. Turkey and Jordan already have refugee populations in excess of this figure, and region-wide the number has climbed to more than 358,000. Governments in states bordering Syria estimate there are tens of thousands more Syrians who have not yet registered."

"UNHCR continues to stress the urgent need for international support to refugee programs in these countries – nations that should not be expected to carry the entire burden themselves. Nearly four weeks after the launch of [UNHCR's] $487.9 million revised Syria Regional Response Plan, we remain only about a third funded. And we are racing against time to ensure that all of these hundreds of thousands of refugees are protected from the winter cold."

Last week in Beirut, a senior intelligence Lebanese official was killed by a car bomb. Many have said outright or suggested that the violence is related to the conflict Syria. UNHCR said, "In Lebanon, we have not seen, despite the recent turmoil, a decrease in people crossing," according to Reuters.

Here are the latest refugee numbers: