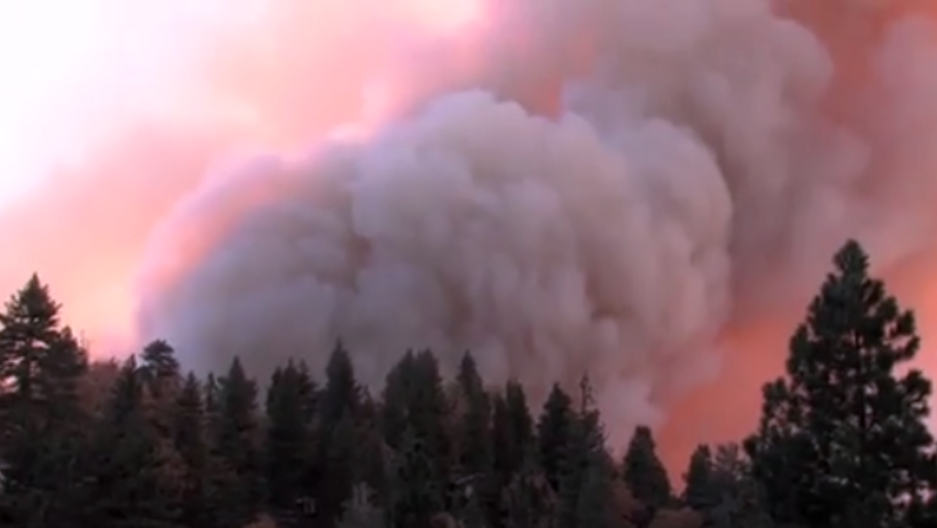 Climate of Doubt, from PBS Frontline, will look at how what was an accepted reality, global climate change, has become politically inconvenient. (Photo from Climate of Doubt.)

Just a few years ago, climate change was widely considered an "inconvenient truth" — something that would likely be expensive and difficult to fix, but an issue that nearly all politicians felt compelled to reckon with.

In the 2008 election, Republicans and Democrats alike talked about global warming as one of the most pressing problems our nation faced. But in 2012, climate change has all but evaporated as a political issue. In Monday's night's debate, it got nary a mention.

In a new documentary from Frontline, Climate of Doubt, premiering Tuesday on PBS, investigates the organizations that challenged the science, and all but took climate change off the table of political discourse.

Coral Davenport, energy and environment correspondent for the National Journal, says climate change is the biggest, global, economic and political problem — but it's just not on the American political radar.

In essence, businesses that would be most hurt by any climate change legislation, fossil fuel businesses, were given permission to spend as much money as they could to try and make people doubt climate change's existence.

Watch Climate of Doubt on PBS. See more from FRONTLINE.

"They feel like they're fighting for their lives, and they have the means to flood the airwaves to do tremendous campaigns to change public opinion about climate change," she said.

Though 98 percent of climate scientists agree that climate change is real, and mostly human-caused, groups like the Heartland Institute and the Americans for Prosperity have not only called these claims into doubt, but continually framed politicians and scientists who believe in climate change as alarmists or conspirators. They say the science "isn't settled," and that the consensus on global warming is not a scientific consensus, but a political one.

By challenging the consensus, these groups have made climate change seem like one of many theories. Politicians like Mitt Romney and Newt Gingrinch, who just a few years ago reached across the aisle to join Democrats in saying that climate change was a serious issue that needed attention, have now taken to saying that the science on climate change is inconclusive.

Even President Barack Obama has been quiet on the issue. The skeptics are more than happy to take credit for this change — they see it as American freedom and democracy triumphing over a liberal conspiracy.

Bill McKibben, an environmentalist and author, said climate change has real consequences for us — and the consequences are right now. Droughts, floods and other weather disasters have hit across the country, and McKibben atributes much of that to climate change.

"We broke the Arctic this summer. It melted on a scale no one had ever seen before," he said.

But McKibben said that's had the consequence of bringing Americans back to where they were some four years ago: largely believing that climate change is a reality.

"What's lacking is the political leadership," he said. "They don't respond to any of that concern from citizens because the amount of money being poured into the political system by the fossil fuel industry just has no precedent at all."