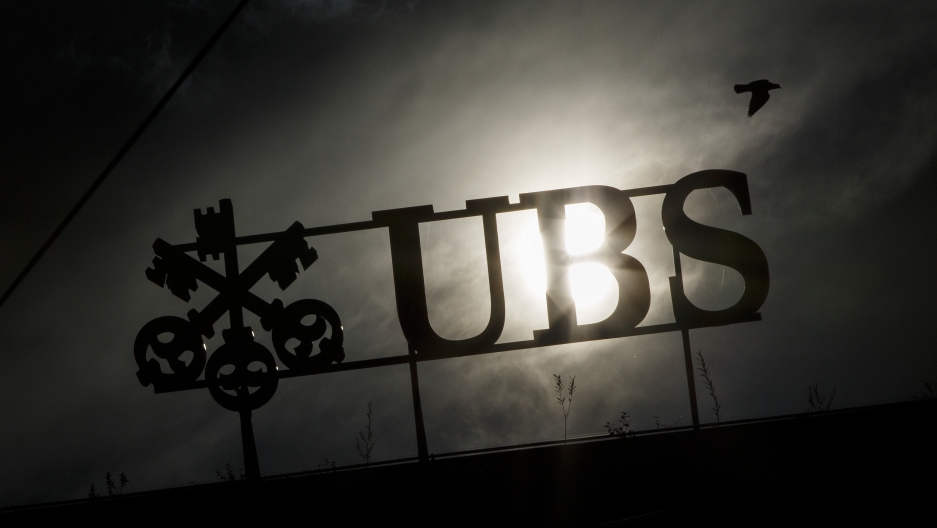 A US branch of Swiss banking giant UBS is among one of the top foreign-owned US election campaign donors.
Credit: Fabrice Coffrini
Share

BOSTON, Mass. — Global corporations from Spain to Ireland to Singapore are spending millions to influence the outcome of the high-stakes US presidential and congressional elections.

Records show that scores of banks, liquor manufacturers and telecom companies outside the United States have directed $12.8 million in political action committee (PAC) money to the 2012 US elections so far — and likely much higher amounts through other means that are not traceable.

By the book, it is illegal for non-US corporations and individuals to give money to a candidate for any US office. But in the murky aftermath of court rulings that liberalize spending on elections, non-US corporations have found many ways to easily bend the rules — and get away with it, electoral watchdogs say.

“It is indeed illegal for foreign nationals and corporations to contribute directly or indirectly to US elections. It is a very difficult law to police,” said Paul S. Ryan, senior counsel with the Campaign Legal Center, a nonprofit group.

More than $300 million in PAC money, funds that corporations create, has gone to 2012 political candidates so far. Watchdogs allege that non-US companies circumvent election laws by creating PACs through their US subsidiaries and by asking their US employees to donate.

While it’s not possible to know the extent to which foreign parent companies are driving campaign donations, some US subsidiaries have been highly active contributors.

Anheuser-Busch, which is now owned by the Belgium-based beer giant InBev, has so far given $327,000 to Democrats and $314,000 to Republicans, including $5,000 to presidential candidate Mitt Romney. And BAE Systems, a UK defense contractor, gave $237,000 to Democrats and $372,000 to Republicans, according to analyses by the Center for Responsive Politics, a nonprofit, nonpartisan group.

Under US rules, foreign companies are not supposed to direct or influence the PAC of a US subsidiary. But in practice, little stands in their way, critics say.

“The rules are too weak,” said Fred Wertheimer, president of Democracy 21, a campaign finance reform advocacy group. “They donate to advance their interests and are seeking access, influence and often, results. Foreign interests should not be influencing our elections."

Most of the foreign-connected PACs put their money on Republicans. They sent $7.5 million to Republicans and $5.3 million to Democrats. This diverges sharply with a recent Gallup International poll, which found that the world favors Obama by 81 percent.

Few of the foreign-connected, corporate PACs made direct donations to Mitt Romney (Obama does not accept PAC money). However, another potential route for corporations to influence elections is to encourage their US employees and their relatives to do so. Credit Suisse, the financial giant, gave zero to Romney through its US corporate PAC. But the company’s employees and relatives gave $554,000 to Romney through hundreds of small donations. Credit Suisse employees gave $38,500 to Obama, according to data analyzed by the Center for Responsive Politics.

“We should prohibit foreign corporations from selecting our president and Congress,” said Craig Holman, a government affairs lobbyist for Public Citizen, a watchdog group.

So far, Obama has spent $345 million and Romney has spent $229 million, making 2012 the most expensive presidential race yet.

Since the fateful 2010 Supreme Court decision, Citizens United v. FEC and related rulings, hundreds of millions of additional dollars have poured into the 2012 elections through "Super PACs," nonprofit groups and trade associations. Super PACs cannot make donations directly to candidates or coordinate with them. But they can receive unlimited amounts of money from corporations, other groups and individuals to spend on advertisements that make their favored candidate look good — or the other candidate look bad.

According to analyses by the Sunlight Foundation, a nonprofit, non-partisan group, Super PACs as of Aug. 31 spent $361,890,124, mostly to produce and purchase campaign ads, with 74 percent of the ads considered negative attack ads.

See GlobalPost's in-depth series: US Election — What if the world could vote?

As unsavory as PAC, Super PAC and corporate employee donations may seem, one thing they have going for them is they are visible to the public. This is not the case for large amounts of “shadow money” streaming into the 2012 elections from corporate treasuries and the uber-rich, and funneled through groups and trade associations. This money does not have to be disclosed. The Center for Responsive Politics estimates that about $200 million in cloaked money has been spent on advertisements to support or attack the presidential candidates.

“We don't know where it is coming from. There is a big black hole here. History shows if there is a black hole it will be used,” Holman said. “It is outrageous that we allow a CEO to dip into the company till and spend the money on elections and not tell anyone.”

Critics say that since the Citizens United ruling, the door is wide open to non-US companies and individuals who want to try and sway the upcoming US elections by funneling “shadow money” through different groups. By law, their money can’t be used to buy political ads. But it can be used for office expenses and staff salaries.

“Money is fungible. It can be used in ways to free up US money so that more of the US money can be spent on campaign advertisements,” Ryan said.