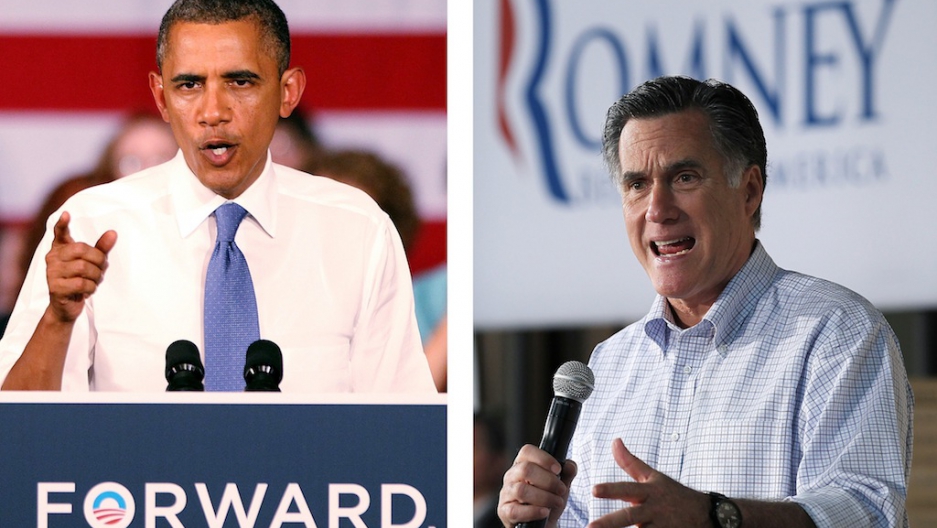 "The president began what I have called an apology tour, of going to various nations in the Middle East and criticizing America," Romney said.

Romney is talking about speeches Obama gave in France, England, Turkey, and most notably, Cairo.

Obama's response: "Nothing Governor Romney just said is true, starting with this notion of me apologizing. This has been probably the biggest whopper that's been told during the course of this campaign. And every fact checker and every reporter who's looked at it, Governor, has said this is not true."

Is the commander in chief and American apologist? Here are some excerpts Romney is likely referencing:

"The United States certainly has some accounting to do with respect to a regulatory system that was inadequate to the massive changes that had taken place in the global financial system."

In France he said:

"There have been times where America has shown arrogance and been dismissive, even derisive. But in Europe, there is an anti-Americanism that is at once casual but can also be insidious. Instead of recognizing the good that America so often does in the world, there have been times where Europeans choose to blame America for much of what's bad. On both sides of the Atlantic, these attitudes have become all too common. They are not wise."

In his "A New Beginning" speech at Cairo University on June 4, 2009, Obama said:

"In the middle of the Cold War, the United States played a role in the overthrow of a democratically elected Iranian government. Since the Islamic Revolution, Iran has played a role in acts of hostage-taking and violence against U.S. troops and civilians. This history is well known. Rather than remain trapped in the past, I've made it clear to Iran's leaders and people that my country is prepared to move forward."