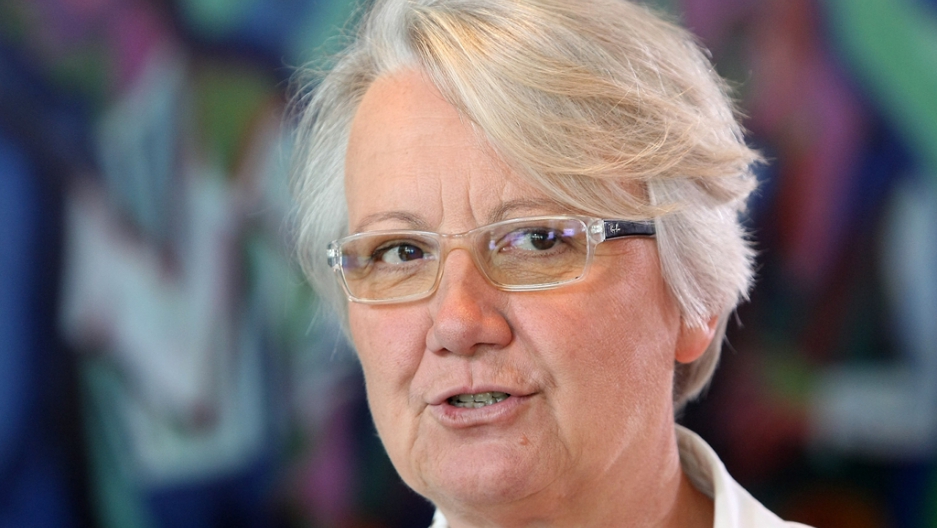 BERLIN, Germany — A close ally of Chancellor Angela Merkel’s is under fierce pressure over claims she plagiarized her doctoral thesis more than 30 years ago.

Annette Schavan’s role as education minister, in which she oversees the country’s universities, makes the accusations especially damaging.

Opposition politicians have called on her to resign, saying her reputation is in tatters after the leaking of a report from the University of Duesseldorf appeared to back up the allegations.

“If the accusations prove correct, I have a hard time imagining how the minister in charge of science and research can credibly carry out her duties,” Green Party leader Claudia Roth said earlier this week.

Der Spiegel magazine reported that the university’s examination of Schavan’s thesis recommended stripping her of her PhD. But the university hasn’t made clear when it would make a decision, putting her in a difficult position for the foreseeable future.

The 57 year-old member of Merkel’s conservative Christian Democratic Party insists she never attempted to deceive when working on her dissertation, and has vowed to fight the accusations.

Hers is the second plagiarism scandal to challenge Merkel in as many years. The chancellor’s former heir-apparent, Karl-Theodor zu Guttenberg, resigned as defense minister in March 2011 after it emerged he had copied parts of his doctoral thesis.

The young Bavarian aristocrat was caught out by internet activists who used crowd-sourcing to expose him. Dubbed “Baron von Cut and Paste,” Guttenberg left politics after he was stripped of his doctorate. He now lives in the United States with his family.

It’s ironic that Schavan was among the first to condemn Guttenberg for his academic failings, calling them “shameful.”

Other politicians have also come under the scrutiny of the plagiarism activists, who operate a website called VroniPlag. The targets include Jorgo Chatzimarkakis and Silvana Koch-Mehrin, both members of the European Parliament from the free-market Free Democratic Party. Koch-Mehrin stepped down as the parliament’s vice-president after Heidelberg University rescinded her doctorate because of massive plagiarism.

Although VroniPlag raised doubts about Schavan’s work, its members were reluctant to accuse her of outright plagiarism. However, one of the group published his accusations on his own in May.

Schavan’s alma mater later tasked one of its professors to examine her thesis.

A copy of his report leaked to the press earlier this week concluded that “a pattern recurring throughout the work” as well as “specific features found in a significant plurality of sections” indicated “a clear intention to deceive.”

Other scholars leapt to her defense. Schavan’s former advisor called her dissertation, which deals with the development of conscience, a “formidable accomplishment.”

The University of Düsseldorf has also come in for criticism for leaking the report before Schavan was aware of its content.

Helmut Schwarz, president of the state Alexander von Humboldt Foundation, which promotes scholarly cooperation, lashed out at the university for its handling of the matter and called for a second expert to examine the thesis. Other academics have said any fault on Schavan’s part appeared to be more a case of negligence than deliberate plagiarism.Merkel on Monday said the minister had her “full confidence.”

It remains to be seen whether Schavan will be able to tough it out. If she goes, Merkel would be forced to reshuffle her cabinet once again less than a year before elections that could unseat her.